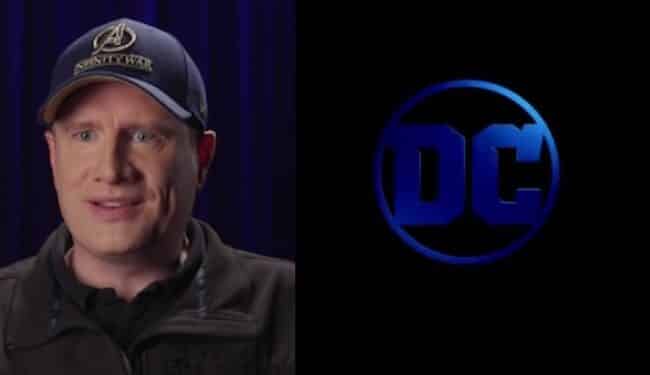 The Marvel Cinematic Universe and Warner Bros’ DCEU have been consistently compared to one another over the years. Especially with DC’s attempts at bridging their films together much like Marvel has over the last decade, albeit with mixed results. Now it appears that Marvel’s own Kevin Feige has spoken with DC Films via new Warner Bros Discovery head David Zaslav. According to the report, Zaslav has been potentially interested in Feige’s advice regarding the DCEU.

This report comes via Puck, and suggests that Feige “talked pretty seriously” with Warner Bros in the past. Now it looks like David Zaslav is interested in talking with Kevin Feige again as Warner Bros Discovery figures out what to do with the DCEU.

Here’s what was stated regarding Kevin Feige and DC:

“Zaslav could make another run at Feige, who, I’m told, talked pretty seriously with Warners a few years ago when he was angling to escape the oversight of Marvel’s then-madman C.E.O. Ike Perlmutter. (Iger and Horn ended up siding with Feige, smartly.) And Warners has in the past reached out to Louis D’Esposito and other key Feige deputies, with no luck… Zaz has been looking, but given Feige’s stature in town and the inevitable comparisons between Marvel and DC, this is among the most thankless high-profile gigs in entertainment.”

Kevin Feige has certainly found success with the Marvel Cinematic Universe brand. Of course, the franchise started out rather bumpily, and it wasn’t until it moved past Phase I that the franchise really came into its own. Nevertheless, at this point Feige appears to have the MCU down to a science, and now David Zaslav seems to want in on the secrets. Of course, DC has still had quite a few successes over the years with their DCEU, so perhaps they’re gradually coming into their own as well.

Either way, with the recent “overhaul” established by Warner Bros Discovery, it’s clear that changes are coming to DC Films. Whether or not they’re influenced by Kevin Feige, however, remains to be seen.