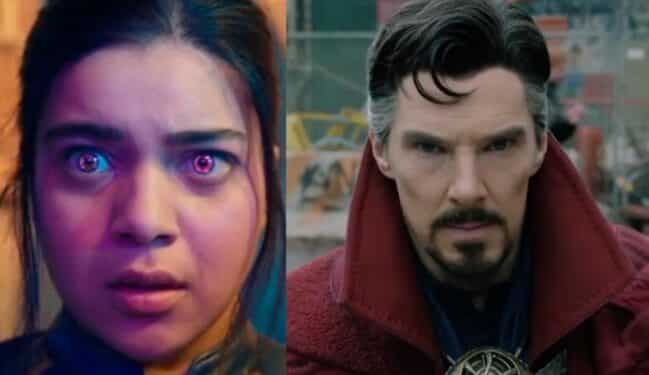 Although many fans enjoyed Doctor Strange in the Multiverse of Madness, there were still quite a few who ended up feeling divisive. In fact, some fans were disappointed with the violence or death scenes featured throughout the movie. This now appears to include Ms. Marvel star Iman Vellani, who said that one Doctor Strange 2 death was just too much for her.

As it turns out, the death belongs to none other than Black Bolt. Indeed, Wanda murders Black Bolt in such a way that it’s perhaps one of the most memorable death scenes in the film. And while fans of Sam Raimi’s dark sense of humor might’ve enjoyed it, Iman Vellani was not one of those fans.

She revealed as much while speaking with Elite Daily.

Elite Daily’s Going Home Issue is a complete guide to building a space of your own.🏠From cover star #ImanVellani infiltrating the MCU to interior decor tips & nomadic stories, we’re expanding the definition of home. Read it below, presented by @Target https://t.co/dCa17466AO

Here’s what she had to say regarding the death of Black Bolt in the very divisive film Doctor Strange in the Multiverse of Madness:

“I have so many opinions, which I don’t think we have time for. Here’s my TL;DR. I love Sam Raimi. I don’t care what anyone says. He’s my guy. I think they did him dirty. I did not appreciate that.”

If that wasn’t enough, it apparently prompted Iman Vellani to text Kevin Feige her feelings about the scene. Interestingly, this is only one of many arguments the two seem to have. One other subject they like to discuss is whether or not the Marvel Cinematic Universe actually takes place in Earth-199999 or Earth-616. As she explained:

The newly-released Marvel Cinematic Universe film Doctor Strange in the Multiverse of Madness is currently playing in theaters. Fans will then be able to see Doctor Strange 2 on Disney Plus once it begins streaming later this month on June 22.