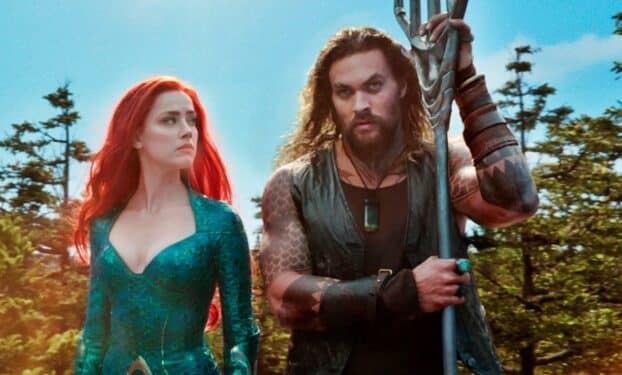 It’s very unclear what Warner Bros plans to do about Amber Heard’s role in Aquaman and the Lost Kingdom. While it was previously reported that her role would be cut down or removed entirely, it seems they’re testing all of their options. One such report suggests that Warner Bros tested a cut of Aquaman 2 which actually gave Amber Heard 20 minutes of screen time throughout the movie. As such, fans are now prepared to boycott the film if Amber Heard does receive that amount of screen time.

This is evident on Twitter, where fans have taken to share their disappointment about the report. It’s worth noting that Warner Bros chose to fire Johnny Depp from his role in the Fantastic Beasts film, as such fans believe it’s fair that Amber Heard is removed from her upcoming film as well. And considering how many signatures a petition to have Amber Heard removed from the film has received, it’s clear there there are a lot of upset fans out there.

Here’s what some of them are saying on Twitter:

I hope Aquaman 2 be the failure of the century. #AmberHeardlsALiar #boycottaquaman2

Ahhh ok….so if a woman is an abuser is Hollywood they give you more screen time…yeah, that makes sense 😳 #Aquaman2 #AmberIsALiar #boycottaquaman2

The only sure way to get AH removed from #Aquaman2 is for all of us to collectively turn our backs on that movie. Movies are a consumer driven industry, WE are the consumers. Don’t like something; don’t waste your $$. #boycottaquaman2

Felt bad for Jason Momoa thinking he was caught in the middle of AH’s mess. But after seeing this I don’t feel bad for him at all. Liking AH post #boycottaquaman2 #JusticeServedForJohnnyDepp #Aquaman2 pic.twitter.com/cPdOy7l6PX

In the name of fairness, she should be removed. You @wbpictures need to be checked. Your fortunes are thanks to fans, so pandering to a spoiled little lying spouse abuser instead of hearing us, is the ultimate insult. Sorry, Jason. I’d speak up if I were you #boycottaquaman2

So @warnerbros removed Johnny Depp from Fantastic Beasts, but they’re allowing Amber Heard to be in Aquaman 2? Wow, you can’t get anymore delusional than that. #AmberHeardIsALiar #boycottaquaman2

Of course, some fans do believe the film is still worth supporting for innocent cast and crew members like Jason Momoa. In any case, Warner Bros is still stuck between a rock and a hard place with this decision. But considering the film won’t be released until next year, we have plenty of time to see what they choose to do. But assuming they keep Amber Heard in, there just might be a boycott as a result.