Ezra Miller Accused Of Inappropriate Actions Toward A 12-Year-Old 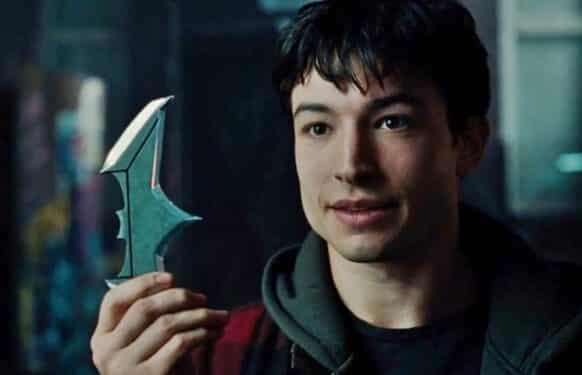 The Flash actor Ezra Miller has been through what seems to be a constant series of accusations since his initial arrests in Hawaii. With each one, everyone assumes it can’t get worse, and then suddenly – it does. It’s now been revealed that allegations were made to suggest Ezra Miller has made inappropriate actions towards a 12-year-old. This comes not long after he was alleged to have manipulated and groomed another 12-year-old, now an 18-year-old that’s currently with him.

These new allegations were noted via The Daily Beast. It appears that a mother and the aforementioned 12-year-old “were granted a temporary harassment prevention order against Ezra Miller.”

As further elaborated, this was given after they alleged Ezra Miller “menaced their family one evening.”

“On Wednesday, a mother and her 12-year-old child traveled to their local courthouse in Greenfield, Massachusetts, and were granted a temporary harassment prevention order against Ezra Miller after alleging that the actor menaced their family one evening in their downstairs neighbor’s home and acted inappropriately toward the nonbinary youngster.”

The alleged events started when the 29 year-old actor arrived – in a bulletproof vest – while grouped together with the neighbor, mother, and their child. The “tensions began brewing” during the following argument:

“Tensions began brewing when the mother says she mentioned doing some traveling recently with “her tribe” of people, leading Miller to snap at her and accuse her of cultural appropriation. Then, a conversation about board games allegedly went sideways when, after Miller claimed that the board game Parcheesi had Rastafarian roots, the visiting neighbor—who is half-Black—questioned Miller as to which sect of the Rastafari movement it originated from.”

“At this point, Ezra explodes and started screaming directly into my face,” the visiting neighbor tells me. “They said, ‘You don’t even know what the fuck you’re talking about. What did you say to me? What did you just say to me?!’” “I was very caught off-guard,” the visiting neighbor continues. “Then they opened up their jacket—they had this, like, big Sherpa jacket—and they opened up one side of their jacket, you could see a gun, and they said, ‘Talking like that could get you into a really serious situation.’”

Next, Ezra Miller began to focus on the 12-year-old.

“I’ve talked extensively with your child, and they have a lot of power to them. At one point, you’re going to realize that you don’t have any control over them anymore. They’re an elevated being, and they would be lucky to have someone like me guide them.”

Afterwards, Ezra Miller asked the following question to the mother, who was dressed in goth attire:

As for Ezra Miller’s further interactions with the child:

“Miller then came back to the child and allegedly began pestering them with compliments—at one point moving their chair closer to them, uncomfortably hugging them and touching their hips, requesting that they add the actor on Instagram, and telling the child—who expressed their interest in horses—that they would acquire several horses and the child could help them care for the herd on their Vermont farm.”

Here’s what the child had to say:

“They automatically were just weirdly drawn to me and kept talking about how they love my outfit and love my style, and kept going on and on about how it was great,” the child remembers. “It was really uncomfortable. I was really nervous. I was scared to be around them after he’d yelled at my mother and she was crying.”

The mother and neighbor claimed to believe Ezra Miller was “under the influence” for their “dilated pupils and erratic behavior.” Afterwards, “Miller apologized for the outburst before returning to the home on June 4, dressed as a cowboy, without incident.”

It’s unclear how Ezra Miller plans to respond to all of this – especially after the bizarre memes they posted online before deleting their Instagram account. Hopefully we have more clarification on all of this in the near future.