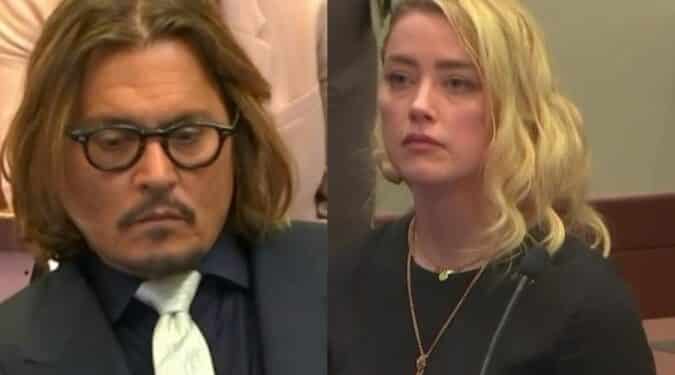 The lawsuit Johnny Depp filed against his ex-wife Amber Heard was a fascinating legal debacle to follow. With a wide number of witnesses and different forms of evidence presented on both sides – it was a fascinating look into the life of each respective celebrity. Ultimately, however, the verdict was given in favor of Depp. Interestingly, however, that hasn’t stopped Amber Heard from defending her side of the story. And, with that in mind, she’s been eager to file an appeal against the verdict.

Now it seems she has a new strategy in place that could forego an appeal altogether – she’s simply trying to have the verdict tossed out. The latest reason given for this request by Amber Heard and her legal team is that there was a fake juror allegedly involved with the trial.

This information was revealed via TMZ. According to Heard’s legal team, Juror No. 15 was not who they said they were.

Specifically, they claim that the Juror No. 15 who was present in court is actually a different individual than who was initially summoned to court. As explained:

“Amber and her team claim that one of the jurors who decided her fate may not have actually been the person summoned to court, and that the court apparently missed it by not properly vetting them. It’s Juror #15, whose birth year on paper is 1945.

What’s interesting is that it appears that the Juror No. 15 in court, that they’ve quickly investigated, looks to have not been born that year. In fact, it appears that they might’ve been born much later – as late as 1970. That’s a 25 year difference, and one that could have the case thrown out if it’s found to be a legitimate accusation.

Amber’s team says they’ve done a quick search on this would-be imposter — whom they say is clearly younger than that — and it appears this person might’ve been born in 1970. As a result, they want the court to investigate the matter further. If it’s found they did erroneously end up on the jury … just another reason to scrap this whole thing and start from scratch.”

This seems to be her way of getting the case thrown out without spending money. An actual appeal from Amber Heard would reportedly cost $8.35 million. At that price, it would be much easier to simply have the case thrown out – with reason being something like a fake juror.

Of course, that remains to be seen if that’s the case, as an actual investigation will have to be made first. As such, stay tuned to ScreenGeek for updates on Amber Heard, Johnny Depp, and this alleged fake juror between them.