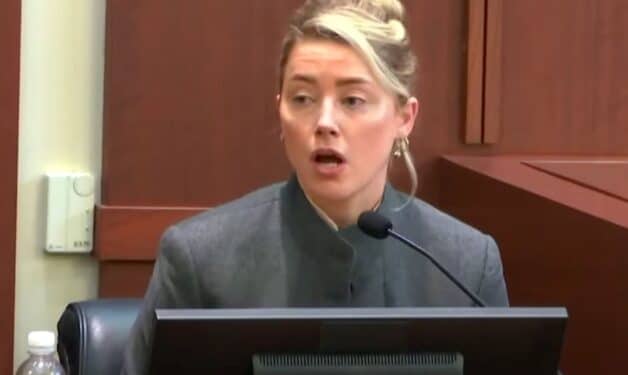 Johnny Depp recently won his defamation suit against Amber Heard. Although Amber Heard did win a much smaller counterclaim against Johnny Depp, the majority of the verdict was still in Depp’s favor. And, furthermore, Amber Heard wound up owing more than $10 million to Johnny Depp. It was stated by her lawyer that she wouldn’t be able to pay such an amount and later stated that Amber Heard would be filing an appeal. In addition to her efforts to file an appeal, it was then stated that Amber Heard and her legal team believed that there was a fake juror throughout the trial. She wanted to have the case thrown out entirely as a result. But it’s now been revealed a Virginia judge has denied Amber Heard her request for mistrial.

The judge that denied her motion to have the verdict thrown out or a mistrial declared was none other than Judge Penney Azcarate. She rejected all of Amber Heard’s claims and further insisted that the juror issue was irrelevant.

This was revealed in the following written order via CBC:

“The juror was vetted, sat for the entire jury, deliberated and reached a verdict. The only evidence before this Court is that this juror and all jurors followed their oaths, the Court’s instructions, and orders. This Court is bound by the competent decision of the jury,” Azcarate wrote.

With that stated, there were several other claims that Amber Heard made to call the case a mistrial. However, the judge did not respond to these additional claims, and thus no reason was given for their rejection. Nevertheless, she’s previously claimed that the jurors were biased by false information and that she had additional evidence which was not used in court.

Furthermore, it’s been revealed that Amber Heard still has the ability to appeal the verdict with the Virginia Court of Appeals. As such, we’ll have to wait and see what happens going forward. Stay tuned to ScreenGeek for additional updates as we have them. At the very least, it looks like Amber Heard is going to keep fighting for her side of the story.