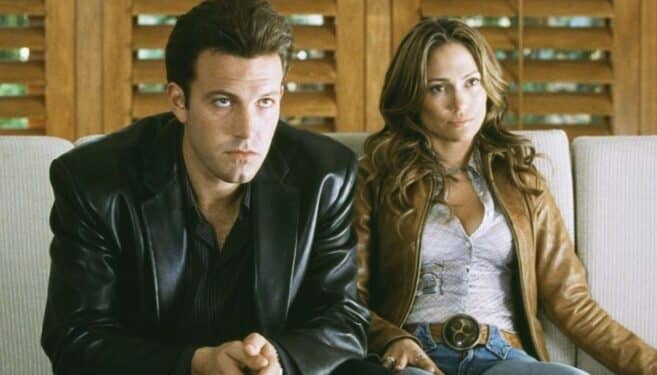 It’s been revealed that Ben Affleck and Jennifer Lopez have had an “intimate ceremony in Las Vegas,” meaning that the two are now officially married. This is quite surprising as the marriage happened rather abruptly, and decades after the two officially met for the first time. Both celebrities have managed to have marriages in the time since, but now it appears Affleck and Lopez have decided the time was right for themselves to be married.

“Last night we flew to Vegas, stood in line for a license with four other couples, all making the same journey to the wedding capital of the world,” Lopez wrote. “We barely made it to the little white wedding chapel by midnight. They graciously stayed open late a few minutes, let us take pictures in a pink Cadillac convertible, evidently once used by the king himself (but if we wanted Elvis himself to show, that cost extra and he was in bed).”

She further expressed her feelings about the wedding after explaining she’d worn a dress from an old film and Batman actor Ben Affleck wore one of his personal jackets.

“We read our own vows in the little chapel and gave one another the rings we’ll wear for the rest of our lives,” she wrote. “In the end it was the best possible wedding we could have imagined.”

Interestingly, the two initially planned to get married not long after they first met in 2001. At this point in time, they met during the production of the film Gigli in December of that year. In November 2002, they became engaged, and eventually postponed their wedding in September 2003. Eventually they decided to cancel the engagement in January 2004. Now the two have finally managed to get back together decades later.

Jennifer Lopez further explained that Ben Affleck proposed to her this time around while she was taking a bubble bath. As she wrote:

“I was taken totally off guard and just looked in his eyes smiling and crying at the same time trying hard to get my head around the fact that after 20 years this was happening all over again, I was quite literally speechless and he said, ‘is that a yes?’ I said YES of course that’s a YES,” she stated in her newsletter.

It certainly is interesting to see that the two have finally gotten married after all of this time. And, as noted above, by what seems to be a complete surprise. But this makes sense – especially because the two broke up their previous engagement in 2004 over “the excessive media attention.” As such, the surprise wedding seems to have been a way to avoid any excessive attention and to finally achieve their mutual goal of being wed together. It’ll be exciting now for fans to watch the two celebrities continue their lives together.