Stephen King Pitches ‘Children Of The Corn Vs. Predator’ Movie 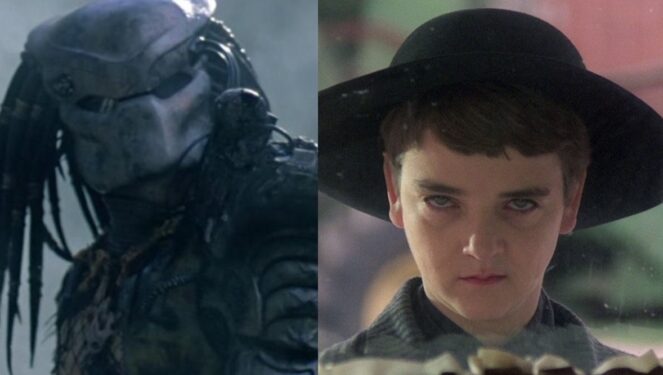 With the recent release of Hulu’s prequel to Predator, titled Prey, and an upcoming Children of the Corn revival, it’s safe to say both franchises have thrived quite well since the 1980’s. Although each series has entries that might not be the most well-received by longtime fans, it goes to show just how great and timeless their respective source materials are. Now horror author Stephen King, who created the very first short story that inspired Children of the Corn, suggested that the horror franchise deserves a crossover with Predator.

It’s more than likely that the author is speaking in jest. After all, he’s often joked about the fact that Children of the Corn has way more sequels than anyone thought would be possible. But the notion that the Children of the Corn property should crossover with Predator of all things is certainly a new one.

One that Stephen King admits will work as long as you have “the right star.”

As he wrote below:

How about this for a movie idea? CHILDREN OF THE CORN VS. PREDATOR. You’d just need the right star.

While it would likely never get made as a motion picture, there are certainly possibilities for comic books. After all, previous Predator comics saw the character crossed with the likes of Batman, Judge Dredd, and even Riverdale’s Archie. With such variation, it really isn’t out of the realm of possibility to see the Children of the Corn brought into the fold. At least in comic books, that is. Maybe Stephen King will have planted enough of an idea in everyone’s collective mind that it’ll come to fruition. Or maybe not.

In any case, fans have been enjoying discussions about which fights they’d like to see between Predator and their favorite fictional characters. And the franchise has certainly had its fair share of crossovers on the big-screen, given that Alien vs. Predator and Aliens vs. Predator: Requiem both exist.

Tags: Children of the CornHorrorPredatorStephen King
Leave Comment
No Result
View All Result