Matt Reeves Accused Of Stealing Ideas For ‘The Batman’ 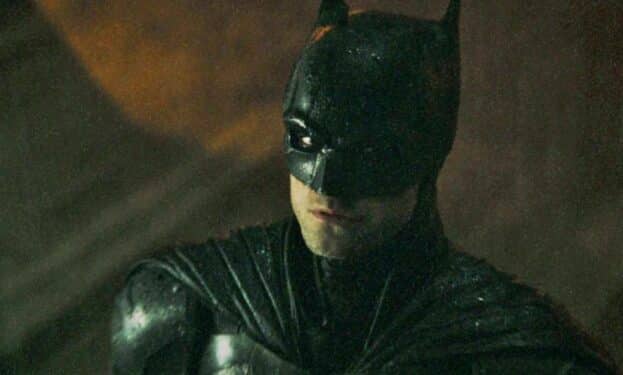 As the DCEU continues to grow, or have its own film projects cancelled, many fans have been quick to forget that The Batman already launched its own universe. The new Batman adaptation was directed by Matt Reeves and starred Robert Pattinson as the titular character. Shockingly, however, DC penciler Chris Wozniak has claimed that Matt Reeves allegedly stole his ideas for the film.

Although Chris Wozniak is only a former penciler for Batman comics at DC, he claims that Matt Reeves still managed to take several of his ideas to produce The Batman.

As you can see in the below video, Chris Wozniak claims that he wrote a story for the character in 1990 that Matt Reeves has allegedly stolen entirely.

He included the additional chart within the video to further illustrate the similarities between the two projects: 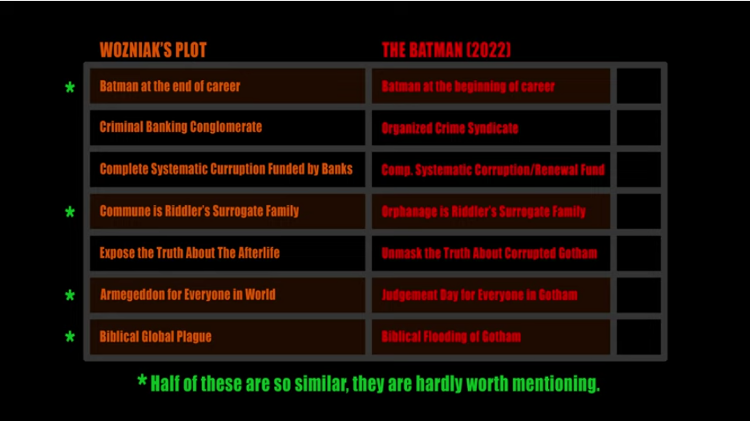 The ideas in Wozniak’s plot stem from an outline he once submitted to producer Michael Uslan. He suggests that his outline was reused by Michael Uslan as the basis for what Matt Reeves would write as the final script for The Batman. Furthermore, Wozniak claims that the similarities are too close to be mere coincidence. For example, he even notes several sequences in the film that are not only similar to events in his outline – but they make more contextual sense as well.

For example, Wozniak discusses a scene from the climax of The Batman. In this scene, Batman uses a green serum while fighting Riddler’s followers in Gotham Square Garden. It isn’t quite explained what this serum is beyond the suggestion that it’s adrenaline. But in Wozniak’s story, it turns out that the serum is actually an antidote needed to fight a slow-acting toxin from the villainous Riddler. This potentially indicates, then, that The Batman was actually a rewrite of Wozniak’s script with certain ideas leftover.

It’s unknown if Warner Bros, Matt Reeves, or Michael Uslan will have any response to these allegations. But, for the time being, Chris Wozniak seems eager to fight for his side of the story. As such, he’s teased that there will be a third “Batmangate” video. So stay tuned to ScreenGeek for updates as we have them.