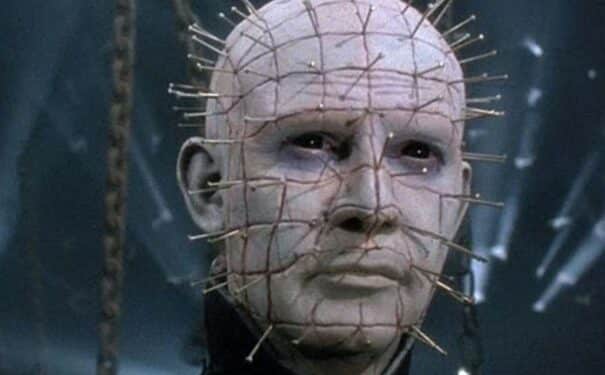 Fans have been looking forward to the next installment in the Hellraiser horror film franchise. The upcoming film will serve as something of a reboot, and furthermore, it will be released as a Hulu Original. After the success of Prey with most fans, that certainly bodes good things for the upcoming reboot. And, if there was any doubt, the following should clear the air: it’s been revealed that the Hellraiser reboot will be released with a “R” rating.

Fans will remember that the Hellraiser franchise is known for being both gory and sexual. And, if the following description is anything to go by, the upcoming reboot will follow suit.

The MPAA’s description notes that the film contains not only “strong bloody horror violence and gore,” but “some sexual content” along with “brief graphic nudity” as well.

Here’s the full description given for the “R” rating that Hellraiser has received:

Indeed, it sounds as though this upcoming Hellraiser film will be very close to the source material. After so many odd straight-to-video sequels and strange turns for the franchise, this could be the return to form that fans have been waiting decades for. Let’s hope that additional news is released soon. In the meantime, at least the “R” rating given to Hellraiser should give additional hope to most anxious fans.

David Bruckner directed the upcoming Hellraiser reboot. David Goyer wrote the story for the film, with the screenplay having been written by Ben Collins and Luke Piotrowski. Jamie Clayton has been cast as the Hell Priest, otherwise known as Pinhead, who was notably played by actor Doug Bradley in the past.

The release date for the upcoming Hellraiser film is yet to be announced. But fans can stay tuned to ScreenGeek for updates on the project, including its release date on Hulu, as we have them.