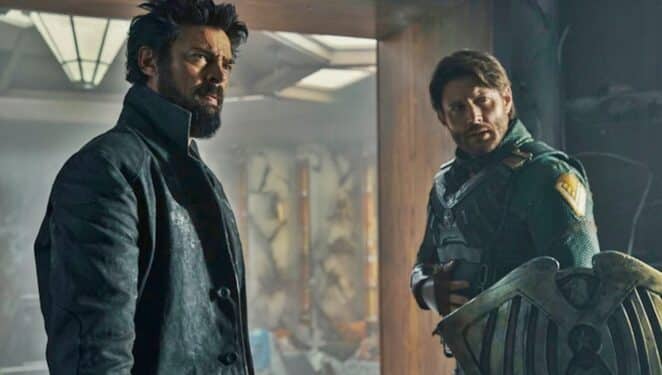 With the latest season of Amazon’s hit series The Boys having come to an end, fans are already anxious for the fourth chapter in the exciting story. And, thankfully, it’s absolutely happening. In fact, it’s just been revealed that production has officially started on The Boys Season 4. Actor Karl Urban shared as much in an Instagram post where he can be pictured with co-star Jack Quaid.

While that image is already worth the hype – it goes a step further. The post actually received a comment from additional co-star Jensen Ackles, who was introduced in the third season of the series as Soldier Boy.

He seems to tease that he’ll be back for the show’s fourth season as well.

As Karl Urban first stated in the caption:

Then, excitingly enough, actor Jensen Ackles chose to respond. He stated the following which seemed to indicate he will be back for the fourth season of The Boys:

Of course, with plot details under wraps, we’ll have to see if that’s actually the case. But considering how much of a fan-favorite Jensen Ackles and his character is, we probably will be seeing him back. So with that in mind, fans can stay tuned to ScreenGeek for additional updates as we have them. Especially now that production on The Boys Season 4 is underway – we should have more news sooner rather than later.
Here’s the image: