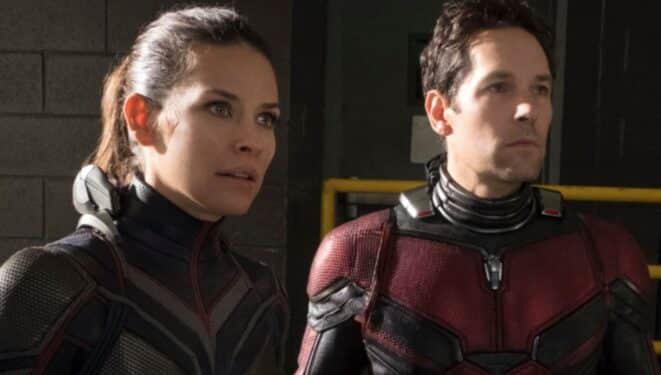 The upcoming sequel Ant-Man and The Wasp: Quantumania has Marvel fans excited for a number of reasons. One such reason is that Jonathan Majors will be playing Kang the Conqueror for the upcoming sequel. The fan-favorite actor has already been teased as the character in the past, but this film will be his first opportunity to play the character as a major antagonist. While it’s expected that there will be more than a few Kang the Conqueror variants introduced over the next few years – fans expect Ant-Man to have quite the struggle with this one. In fact, a newly-surfaced photo of Jonathan Majors has many Marvel fans worried that Ant-Man will outright be dying in the upcoming Ant-Man 3 sequel.

As you can see below, Jonathan Majors is looking absolutely ripped. With appearances as Kang the Conqueror and a role in the upcoming film Creed III on the way, it’s understandable why. Still, though, it certainly is a sharp contrast for Paul Rudd’s much less serious-looking superhero.

When considering that Jonathan Majors will be using all of his strength when playing Kang the Conqueror – one of Marvel’s biggest villains – perhaps fans have a good reason to think Ant-Man will be dying.

Here’s what some fans had to say in response to the image after it went viral on Twitter:

bro the Avengers are straight up effed pic.twitter.com/A75osE4U1R

Of course, it’s unknown whether or not Ant-Man really will face such a fate in the upcoming film. With several more appearances of Kang the Conqueror on the way, it’s very possible that Ant-Man could survive this particular outing. We’ll just have to wait and see.