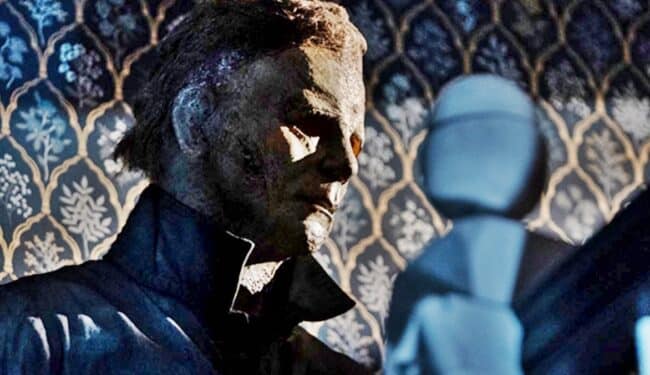 Fans were delighted to know that the 2018 film Halloween would be getting not just one, but two all-new sequels from director David Gordon Green! Of course, with the pandemic, it took an additional year before the first of these sequels, Halloween Kills, was finally released. The film was not only released in theaters, however, but also on the digital streaming service Peacock at the same time. Now it looks like the next sequel, Halloween Ends, will similarly be released on Peacock on the same day it hits theaters.

This was revealed in a special video from Jamie Lee Curtis herself. As she explained, Halloween Kills was so successful with its release in both theaters and on Peacock, that they wanted to do the same with Halloween Ends.

Of course, she did reveal her personal preference would be to watch the film in theaters and then again at home. And, truthfully, it’s not that bad of an idea. Especially when Peacock would allow you to watch the film as many times as you’d want.

A message from Laurie Strode. pic.twitter.com/x9sAOiAHgc

This upcoming sequel is set to be the conclusion for David Gordon Green’s Halloween trilogy. The three films all follow the return of Michael Myers four decades after the events of the original Halloween. Furthermore, this means the new trilogy ignores all other past continuations in the franchise.

It’s been an interesting new take and fans are eager to see how Halloween Ends will conclude such a storyline. Furthermore, fans can now enjoy that conclusion from the comfort of their own home in addition to theaters.