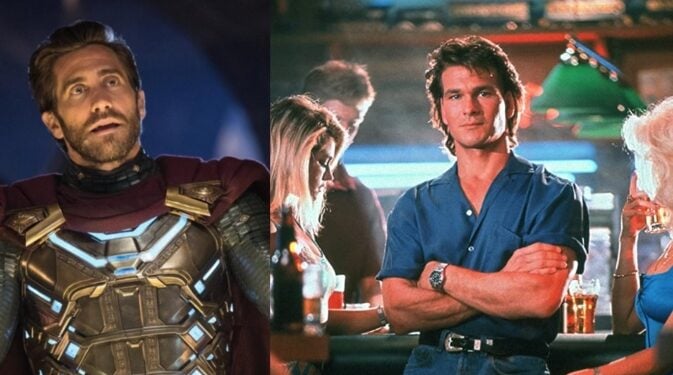 The upcoming remake of the cult classic action film Road House has finally started shooting. And, as you can see below, star Jake Gyllenhaal has shared the first look at Road House. The actor can be seen with the film’s director as the two stand in front of a tropical view. It’s actually quite an image and the ocean scenery should lend itself rather well to the movie.

Hopefully we’ll have additional glimpses at the film as production continues. For now, however, this is a fun image and one that should hopefully get fans excited.

At the very least, it looks like they’re having a great time on set, and that alone is always worth celebrating. Especially with Jake Gyllenhaal attached, his performance alone should make this new take on Road House worth watching.

As noted in the caption, Jake Gyllenhaal has “wanted to work with the ridiculously talented Doug Liman for years. Day 1. Roadhouse.” Indeed, it looks like the two are certainly having a great time if this image is anything to go by. One can only hope that the production of the film continues to go as smoothly as Day 1 appears to have been. In the meantime, however, this seems to be a good sign for what’s to come.

The upcoming Road House remake is being directed by Doug Liman. The screenplay was written by Anthony Bagarozzi and Charles Mondry.

While the film doesn’t yet have a release date, it’s expected to premiere on the Amazon Prime Video streaming service. Fans can stay tuned to ScreenGeek for additional updates regarding this project as we have them.