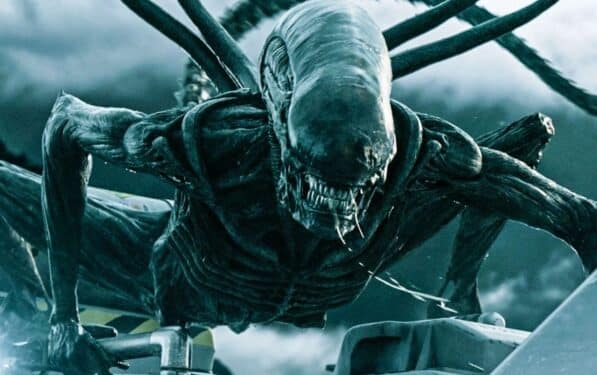 The Alien film franchise has explored a wide number of time periods and locations throughout its history. The most recent installments of the franchise have been Ridley Scott’s prequels Prometheus and Alien: Covenant. Now it’s since been revealed that another prequel, albeit a television series, is in the works. The new show will take place on Earth and involve a Xenomorph threat. And, while details beyond that have been scarce, a new batch of concept art for the Alien series has surfaced online. Of course, there are light spoilers ahead, so be warned if you want to go into the series blind.

As revealed via AVP Galaxy, the concept art includes some stunning vistas and familiar sights. Fans will immediately recognize both Xenomorph eggs and even the full-grown Xenomorph itself. It looks like this series will be a true return to form after Prometheus and Alien: Covenant changed things up.

Interestingly, however, they also revealed that special effects studio Weta will be bringing the creatures to life. They were previously involved with the production of Prometheus so they certainly seem like a fitting addition to the television series.

The concept art was described with the following context:

“The concept art shows a Weyland-Yutani spaceship, the USCSS Maginot, crashed right in the middle of a city, cutting into the underground levels. The city is controlled by the Prodigy Corporation, a rival to Weyland-Yutani. The next piece depicts two soldiers within an industrial looking room. They’re approaching Xenomorph eggs in containers hiding within a cover of mist. Finally, we can see an adult Xenomorph snatching someone in a vertical shaft.”

With the series set to shoot next year, it’ll likely be some time before we see any actual footage. So, while we wait, these new concept art photos for the Alien series should be enough to hold fans over. At the very least, we now have an idea of what they hope to achieve with this new series. And, at the very least, it does look faithful to the original films.

Fans can expect the Alien TV series, based on the iconic horror and sci-fi multimedia franchise, to likely premiere at some point in late 2023. Stay tuned to ScreenGeek for additional updates on the project as we have them.