‘Andor’ Review: A Star Wars Story At Its Best 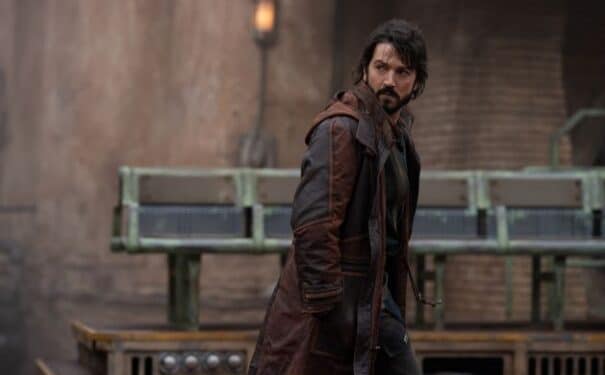 Disney Plus has come a long way in its Star Wars section. Several series and animated shows have garnered success—through varying degrees—and the House of Mouse is hoping to try something “new” with Andor. Unfortunately, the show that might seem like a rehashing of a character we saw in Rogue One can fail because we already know the end-of-the-road journey with this character. However, what Andor does is something hardly seen in the Mandalorian, Sith, and Jedi-filled world as of late Star Wars shows—a refreshing tale.

Andor, starring Diego Luna as Cassian Andor, is told during the early days of the rebellion. I mean, to the point where this is none, and we’re introduced to the key steps and players that become the building blocks of the forces against The Empire. Rounding off the cast is Stellan Skarsgård as Luthen Rael, Genevieve O’Reilly as Mon Mothma, and Adria Arjona as Bix Caleen.

The show’s production design is something needed in this franchise—the dirty, grimy, seedy underworld of a galaxy far, far away. We got something akin to that in The Book of Boba Fett, but the show has too much flair and was too polished. Andor gives us a version of the Star Wars video game 1313 that we unfortunately never got. The series reflects a world where characters have to get into the mud, reflecting the nature of building a rebellion behind the scenes in the thick of a galaxy with The Empire holding a tight grasp. 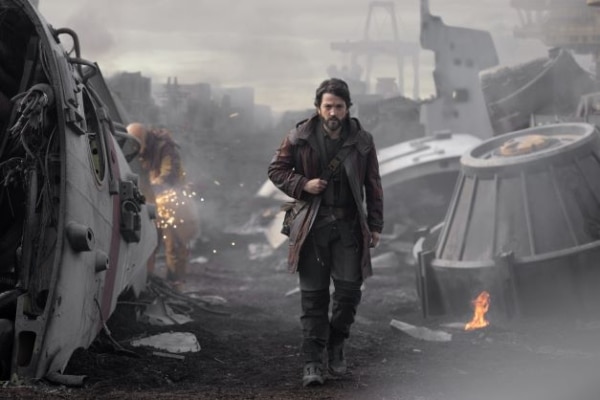 Some locations are beautiful when needed, different from the typical desert setting like Tattoine or a Clean city-laced environment like Coruscant. A case in point is when the show takes flashback moments to explore Cassiasn’s childhood on the plant of Kenari. The show takes these minor detours to follow the Indigenous side of this planet. It showcases a practical but slightly sci-fi side that hasn’t been seen in a live-action Star Wars program.

It’s a great way of showing the vast amount of different cultures the franchise does while not veering off too far into the sci-fi world. I couldn’t get enough of this exploration of the planet of Kenari and where our hero originated from as a child.

Another enjoyable part of Andor is that it does not behold to many familiar faces other than Mon Mothma. Skarsgård’s Luthen Rael is an excellent foil to Luna’s Andor. I sense that Andor will learn a lot from this character and how to be the spy he’ll become once we find him during the events of Rogue One. Skarsgård’s acting can come off as nihilistic yet still for the right occasions in his previous work. This level of drama comes in handy when his dialogue has a realistic viewpoint about the world set in Andor.

Luna, well…Luna is great. The character can take what he learned in Rogue One, hit the restart, and become the role of someone who’s about to discover himself as a rebel against The Empire. I loved watching every scene with him because I felt like I was emotionally riding along with the character, which has to be given some credit to the writing too.

Tony Gilroy and the rest of the writing team have something unique in their hands. The show knows what it is and doesn’t feel like it needs to drop copious amounts of Easter eggs to previous stories to keep a viewer’s interest. This espionage take on a Star Wars story is refreshing regarding the level of writing and dialogue. There’s a level of high tension that is suitable when it needs to be and bombastic at the right moments. Cassian Andor and other characters have to navigate this world with the chance that one wrong move will get them a blaster in the back of the head.

It made me feel like there were constant high stakes without feeling exhausted at the end. Yet, there’s an action set piece that kicks into high gear that was well deserved and showcased how our heroes might have to think quickly on their feet to survive.

Andor is the Star Wars series we need. The show is an example of how the people behind Lucasfilm can take a small and somewhat original idea and run with it to a high degree of success. Rebels and The Mandalorian did that in the first season, and now it’s Andor’s turn. The cast, acting, originality, and writing are a perfect winning combination. I hope Lucasfilm will keep using this formula. It’s the best chance they got in staying relative and keeping audience members wanting more.