Kristen Bell Apologizes To Parents For Her Most Popular Movie 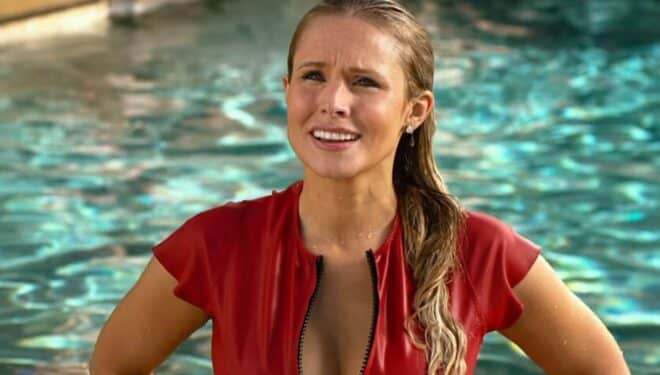 Disney’s Frozen has become a modern-day animated classic. And, as is the case with such Disney films, many kids have taken the time to watch them over and over again. Now Frozen star Kristen Bell, who plays the character Princess Anna, has apologized to the parents whose kids have made them watch Frozen on an endless loop.

The apology was delivered by Kristen Bell when she appeared at Disney’s D23 Expo with Frozen co-star Josh Gad. And, while she did apologize to parents who had to watch Frozen too many times to count, she also noted that the film was “the highlight” of her life. At least, just behind her kids.

Here’s what she specifically said via THR:

“I would like to say that I’m sorry to every parent who has had to listen to ‘Frozen’ on a loop. I feel you, I see you, I am you. I get it. Disney taught me to dream big and follow your heart. And that it is totally appropriate to bust out into song at any moment, which I really appreciate. Playing Princess Anna has been the highlight of my life I think — I mean other than my kids and stuff.”

It’s certainly a humorous statement from Kristen Bell and one that nearly any parent can understand. Of course, knowing that Kristen Bell is also grateful for being a part of something like Frozen is heartwarming as well.

The 2013 animated film has become quite the modern-day classic, one that has even spawned its own franchise. With a 2019 sequel that also features the voice talents of Kristen Bell, it’s great to see that her efforts have worked out for her. Of course, the same can be said for the rest of the franchise’s beloved cast members – including Idina Menzel, Josh Gad, and Jonathan Groff among others.

As of this writing, it remains unknown if we’ll be getting a third Frozen film. But given the success with different short films and other such endeavors – the franchise will presumably be sticking around for quite some time. Fans can stay tuned to ScreenGeek for any updates as we have them. The first and second feature films of the animated Disney multimedia franchise were both directed by Chris Buck and Jennifer Lee from screenplays written by Lee.