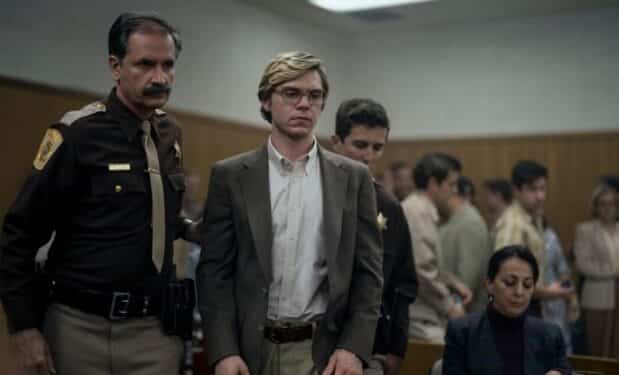 The new Netflix series Dahmer, otherwise known as Dahmer – Monster: The Jeffrey Dahmer Story, has been getting a lot of attention lately. While many subscribers have tuned in out of simple curiosity – others have been expressing their disappointment with the series. Many of these upset viewers feel like the series could be glamorizing Jeffrey Dahmer for some people. And, as one of the consequences, it would be especially disrespectful to his victims and their families. Now a family of one specific Jeffrey Dahmer victim – Errol Lindsey – have opened up about their thoughts regarding the Netflix series.

As you can see below, in an essay for Insider, Errol Lindsey’s sister Rita Isbell felt that Netflix should have asked for their thoughts on the project. Instead, she feels like “they’re just making money off of this tragedy. That’s just greed.”

In addition, she noted that none of the victims’ children or grandchildren have received compensation for the series.

“When I saw some of the show, it bothered me, especially when I saw myself — when I saw my name come across the screen and this lady saying verbatim exactly what I said.

If I didn’t know any better, I would’ve thought it was me. Her hair was like mine, she had on the same clothes. That’s why it felt like reliving it all over again. It brought back all the emotions I was feeling back then.

I was never contacted about the show. I feel like Netflix should’ve asked if we mind or how we felt about making it. They didn’t ask me anything. They just did it.”

As for the notion of compensation, she explained that she’s “not money hungry.” However, she noted that it would be understandable for the Netflix streaming service to want to make money – “if they gave some of the money to the victims’ children. Not necessarily their families. I mean, I’m old. I’m very, very comfortable. But the victims have children and grandchildren. If the show benefited them in some way, it wouldn’t feel so harsh and careless.”

Thus far, none of the cast or crew for the series have expressed their thoughts on the matter. But as more people continue to emphasize their complaints – it’ll be interesting to see what Evan Peters or Ryan Murphy might have to say. And, of course, Netflix themselves. Especially as the streaming service continues to expand their selection of true crime content – including the upcoming Conversations With a Killer: The Jeffrey Dahmer Tapes.

The new biographical series Dahmer is currently available to stream on Netflix. Stay tuned to ScreenGeek for any additional updates as we have them.