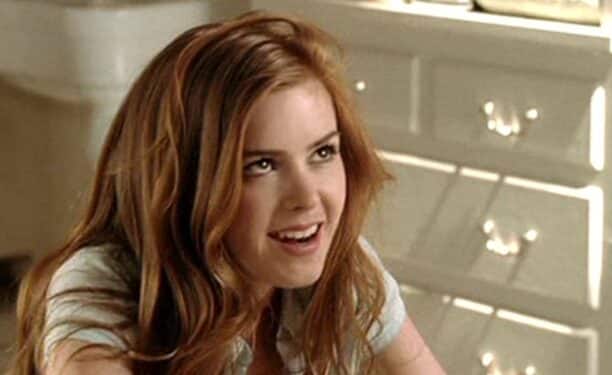 Although we’re coming to an end with the summer season, many celebrities are still enjoying their last-minute seasonal activities. For example, Australian actress Isla Fisher has taken the opportunity to go swimming in a beautiful blue bathing suit. Furthermore, she decided to share images of her swim which occurred in Singapore of all places! Indeed, not only does she know how to look good in a swimsuit, but Isla Fisher certainly knows where to travel.

As you can see below, the first image features Isla Fisher’s backside. Her blue and white bathing suit appears to fit perfectly as she approaches the crystal-clear pool in front of her. In the next image, Isla Fisher can be seen diving into the water. Once again, the pool looks crystal-clear, and so too does the bright blue sky overhead.

If that’s not enough, there’s plenty of green in the photo as well, with gorgeous palm trees in the background. We have another stunning view of these palm trees in the third photo, in a photo that appears to have been taken at night. Finally, we have an interior photo that’s just as stunning as the outside views.

Isla Fisher got her start in acting with the 2002 live-action Scooby-Doo film. In that entry, she played Shaggy’s love interest Mary Jane. While she didn’t return to play the part in Scooby-Doo 2: Monsters Unleashed, she did get a number of other acting gigs at the same time. This led to her breakout performance in the 2005 comedy film Wedding Crashers. By this point, Isla Fisher fully established herself as an actress, and continued to have quite the career. She expressed her acting chops in both comedy and drama films.

She also acts on the small screen as well, having played the character Mary in the television series Wolf Like Me. She’s expected to reprise the role in the show’s upcoming second season. For now, however, it looks like Isla Fisher is still having a great time swimming in her blue bathing suit in Singapore.