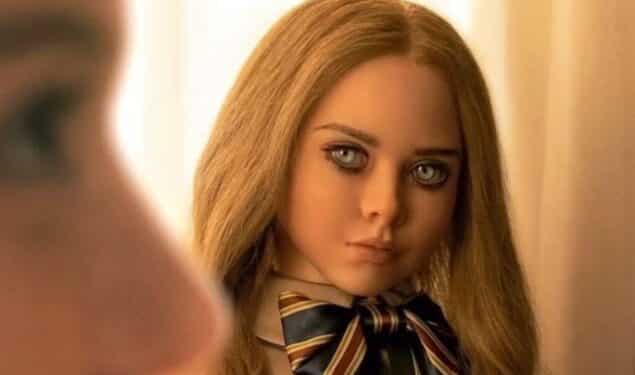 It isn’t surprising when a successful horror film receives a sequel. As for the upcoming film M3GAN, however, it looks like sequel talks have already started. Of course, given the incredible popularity of the film’s trailer, that might explain why.

The sequel talks were revealed in a recent piece via The New York Times. The piece heavily focused on M3GAN producers Jason Blum and James Wan, the two of which recently announced their plans for a merger. This merger would unite Jason Blum’s Blumhouse with James Wan’s Atomic Monster to create a horror powerhouse for both movies and television. Though they managed to note that a M3GAN sequel is one of the many projects currently in the cards.

Specifically, they claimed that discussions were taking place at Universal over the potential sequel. One can imagine that the greenlight for a sequel depends on the box office and critical performance of this particular entry. However, given the aforementioned popularity of the film’s trailer, there’s a good chance it will reach expectations. Interestingly, the article revealed that Warner Bros passed on James Wan’s pitch for M3GAN. The studio seemed content to leave the killer doll stories to their Annabelle franchise instead.

Naturally, James Wan next took his pitch to Jason Blum. It wasn’t long after that Universal was attached – and now the rest is history. If the two successfully merge their companies, then one can only imagine what kinds of horror projects they’ll manage to cook up for audiences. And if that includes a M3GAN sequel, then fans should have a lot of exciting films to look forward to if this next film warrants as much.

The new film was directed by award-winning filmmaker Gerward Johnstone from a screenplay written by Akela Cooper. The story for the film was created by Akela Cooper and James Wan.

M3GAN will be available to see via theaters on January 6, 2023. Stay tuned to ScreenGeek for any additional updates as we have them.