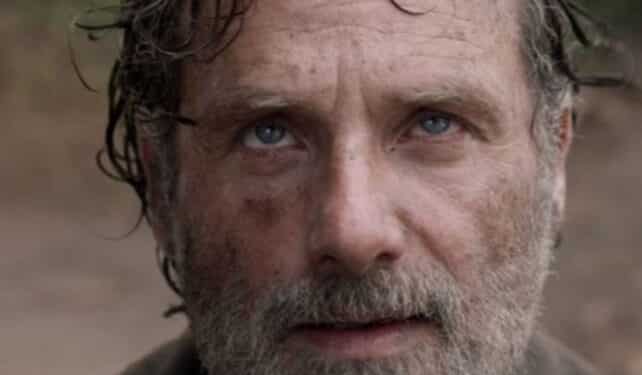 As those who’ve watched the finale know, the episode ends with Rick and Michonne making a special appearance. As explained by someone “familiar with the series” to Insider, there was a cut scene which would have actually jumped forward in time. This sequence would have shown both RJ and Judith as adults alongside the other children from the original series like Coco and Gracie grown up as well.

Here’s how the alternate ending to The Walking Dead was described:

“After Daryl rode off, we cut forward to the Freedom Parkway, outside Atlanta — where the iconic shot of Rick rode down from the pilot. See an ethanol-modified van, with a young woman and man in the front seats (in their twenties). And through the scene, we come to realize it’s adult RJ and Judith. Other adult versions of the kids are in the back — Coco, Gracie, etc. They’re out there, looking to escort any survivors back to their communities.”

It’s an interesting setup and the description continues to explain how it ties in with the opening of the series. Especially given that it’s a scene for RJ, aka Rick Grimes Jr., to achieve a full-circle moment with his father from the 2010 episode Days Gone Bye.

Continuing the legacy of their parents. As RJ speaks over the radio, he finishes with: ‘If you can hear me, answer back. This is Rick Grimes.’ (Which, of course, is his name — and the line Rick said in the pilot.) Then we end with the voice of a survivor answering back: ‘…Hello?'”

They were told by one individual that “it was fitting, emotionally” despite not being dedicated to “world building.” This was further elaborated by another individual who believes this ending “was canned” given the choice to “end the show on ‘new versions’ of characters we don’t really know.” As such, while it would have been a nice emotional sequence, it seems that it just did not work with the rest of the show or how AMC is handling the brand going forward.

With that in mind, we’ll have to see how these spin-offs continue the show’s storyline now. Stay tuned to ScreenGeek for additional updates on the Walking Dead franchise as we have them. In the meantime, it’s certainly interesting to know how The Walking Dead almost would have ended.