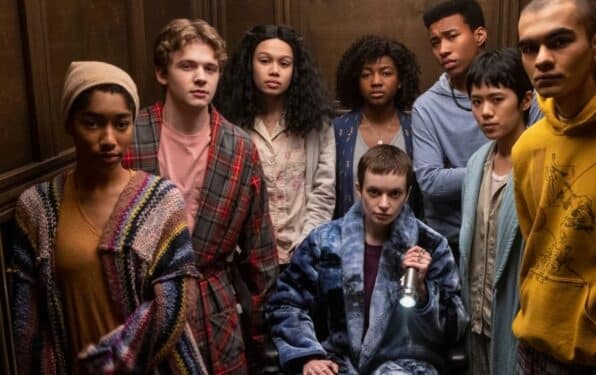 The Netflix series The Midnight Club, based on Christopher Pike’s novel of the same name, has been canceled following the release of its first season. The series debuted this past Halloween season which came from Mike Flanagan and Leah Fong.

At the same time, it looks like Mike Flanagan and Trevor Macy will be taking their Intrepid Pictures to Amazon for a new deal. This means that, other than the upcoming series The Fall of the House of Usher, Mike Flanagan will no longer be working with Netflix. As revealed via Deadline, “It’s all over for ‘The Midnight Club‘ on Netflix, as the young adult series has been canceled after one season.”

This is certainly a disappointing development. But, given Netflix’s history with canceling their shows, it might not be too surprising. Additionally, Deadline was able to report the following statement from Vernon Sanders, head of global television at Amazon Studios about the new deal. It’s clear that Amazon is quite enthusiastic to “welcome them” and make Intrepid Pictures part of their team. Here’s what Sanders specifically had to share:

“Mike and Trevor are remarkable at telling immersive, suspenseful stories that masterfully keep audiences engaged from start to finish,” Sanders stated. “We are excited to welcome them to Amazon Studios and are looking forward to our global customers experiencing their genre-bending creativity.”

Mike Flanagan and Trevor Macy also shared their own statement about the Amazon deal, noting that they “have long admired” the studio.

“Amazon is a studio that we have long admired,” said Flanagan and Macy. “Their commitment to engaging in groundbreaking series and content aligns with the ethos of what we have built at Intrepid. We are looking forward to working with the entire Amazon team as we bring our brand of genre productions to the service and audiences around the globe.”

Hopefully we’ll have some exciting news about their collaboration soon. As for now, it’s disappointing to see that The Midnight Club had to be canceled by Netflix. But hopefully fans of the book and newcomers to the story are glad to have what does exist.

Fans are currently able to stream the first season of The Midnight Club on Netflix. Stay tuned to ScreenGeek for additional updates regarding Mike Flanagan’s upcoming projects as we have them.