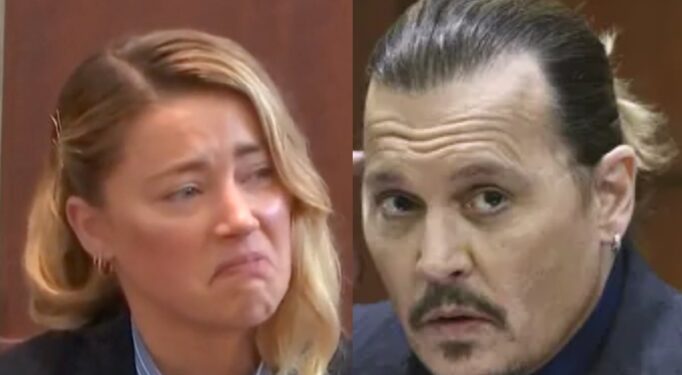 It’s been revealed that Amber Heard has filed an appeal for a new trial in the Johnny Depp defamation case. This comes after Amber Heard lost the most recent defamation trial with her ex-husband.

As noted via NYPost, the appeal was filed earlier this month. She made the argument that “the exclusion of therapy notes in which she reported being abused resulted in an unfair trial.” The notes were not used because they were “ruled out as hearsay by Fairfax County, Virginia Judge Penney Azcarate.”

Here’s what Amber Heard’s lawyers had to say in their 68-page document dated November 23:

“The trial court improperly prevented the jury from considering several separate instances in which Heard reported Depp’s abuse to a medical professional,” they wrote.

The document continues to state that, “If not reversed, the trial court’s exclusion of contemporaneous reports of domestic abuse to medical professionals will make it more difficult for other abuse victims to prove allegations of abuse.” This has been a major theme throughout Amber Heard’s defense. She claims that she is fighting not only for herself, but other victims of abuse. As such, the document continues to claim that the court’s exclusion could “likely deter” other abuse victims “from coming forward.”

An additional argument made by Amber Heard’s legal team is that the trial shouldn’t have taken place in Virginia. This is because they believe it was an “entirely inconvenient forum with no connection to Depp or any meaningful connection to his claims.” Rather, Heard believes it should have been held in California since that’s where she and Depp lived together as a couple.

Amber Heard’s legal team also insisted that the case simply “should never have gone to trial because another court had already concluded that Depp abused Heard on multiple occasions.” This was a reference to the 2020 ruling made by the UK in favor of The Sun. Johnny Depp sued The Sun after being called a wife-beater and lost the case. With that in mind, Depp has already filed an appeal as well – believing the one count of defamation that Amber Heard won was “erroneous.”

The filing further stated that “the jury’s emphatic favorable verdict on all three defamatory statements alleged in his complaint fully vindicated Mr. Depp and restored his reputation.” As such, a group of judges are set to issue a ruling on both of their claims. This will give each party another chance to appeal.