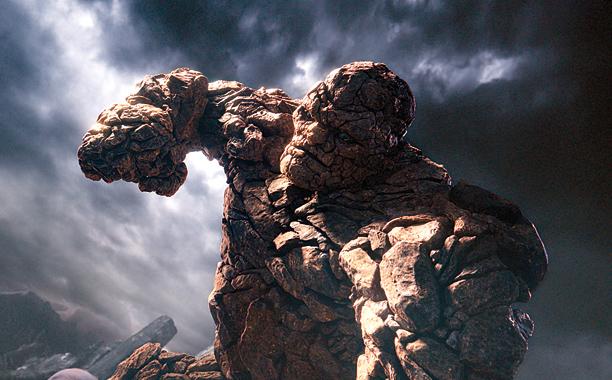 Fans on Reddit have pointed out yet another reason to be angry with the upcoming Fantastic Four Reboot. They pointed out that his eyes appear to be brown instead of blue. Now, this might not come as a big deal to some but for fans of the comic, they know The Thing as “The Ever Lovin’ Blue Eyed Thing”. Here’s a close up: 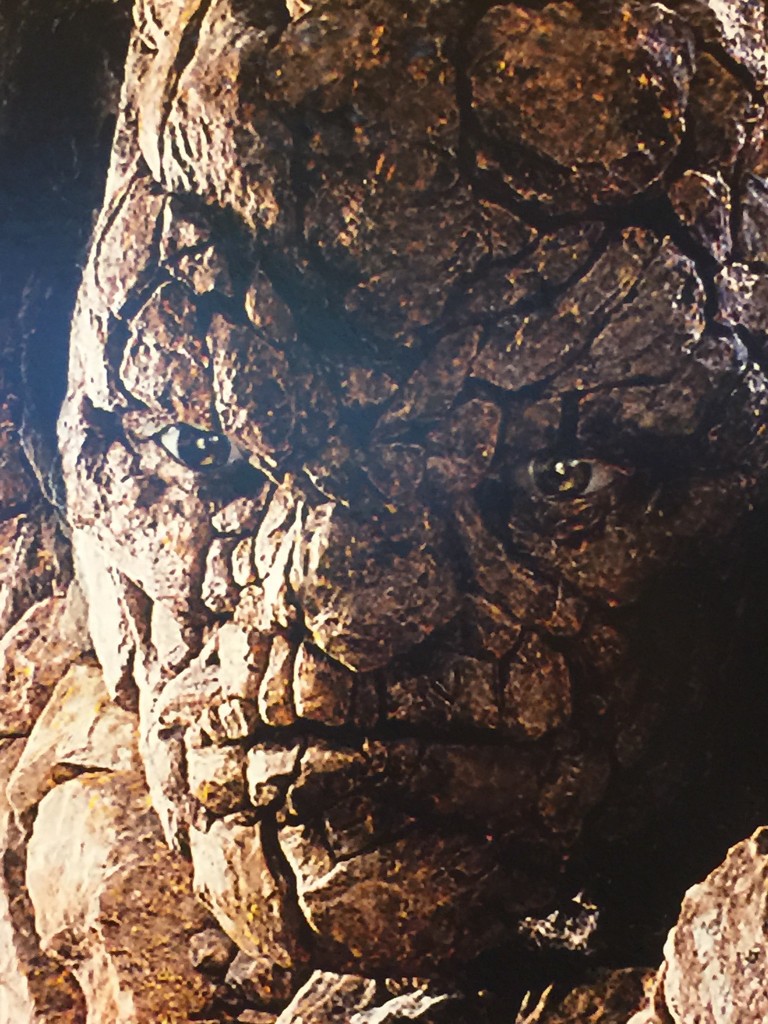 Things aren’t really going well for the movie at this point. Fans were already mad when Michael B. Jordan was cast as Johnny Storm, prompting the actor to release a statement:

“Some people may look at my casting as political correctness or an attempt to meet a racial quota, or as part of the year of “Black Film.” Or they could look at it as a creative choice by the director, Josh Trank, who is in an interracial relationship himself—a reflection of what a modern family looks like today. This is a family movie about four friends—two of whom are myself and Kate Mara as my adopted sister—who are brought together by a series of unfortunate events to create unity and a team. That’s the message of the movie…To the trolls on the Internet, I want to say: Get your head out of the computer…this is the world we live in.”

The film’s synopsis: Transported to an alternate universe, four young outsiders gain superhuman powers as they alter their physical form in shocking ways. Reed Richards becomes Mr. Fantastic, able to stretch and twist his body at will, while pal Ben Grimm gains immense strength as the Thing. Johnny Storm becomes the Human Torch, able to control and project fire, while his sister Sue becomes the Invisible Woman. Together, the team must harness their new abilities to prevent Doctor Doom from destroying the Earth.

Continue Reading
You may also like...
Related Topics:Fantastic Four, Marvel, The Thing