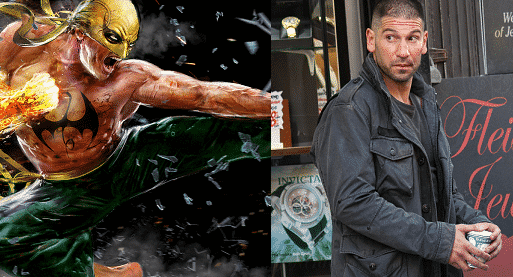 Our source (who first gave us a heads up about Marvel planning a Moon Knight series) has informed us that Marvel is considering replacing the Iron Fist series that was initially planned with a Punisher series. When I asked for some elaboration, this is what we received:

“Marvel can’t quite seem to figure out how to put Iron Fist into the equation and time is running out. They’re very pleased with Jon Bernthal’s portrayal of Frank Castle for Season 2 of Daredevil and know that the fans have a great appreciation for the character. They also know that a Punisher series would be much cheaper and more marketable. They have a contract with Netflix and have to do something. It appears that for this phase of shows, time is running thin for Iron Fist.”

Interestingly enough, that original story did say that Marvel was at least talking about a Punisher series.

I’d advise taking this news with a grain of salt – but it could make sense. From what I’ve gathered, Marvel is having trouble finding a showrunner for Iron Fist and that all of the pitches that they’ve received are nothing that they can really work with. There have also been many rumors that the TV side of Marvel is getting a “shake up” with recent changes in the creative department (Inhumans).

If Marvel is looking to go really dark, the transition could make sense. Daredevil was “hard PG-13” and from the looks of it, Jessica Jones is going to be darker than that. What better way to make a statement in that sense than to make a series for Punisher and Moon Knight?

The only thing I’m skeptical about is how this would fit into their plans for The Defenders? I mean, a series for The Punisher wouldn’t mean that he would be replacing Iron Fist in the Defenders lineup, but I guess we’ll see.

As always, a rumor is just a rumor. If true, though, what do you think?