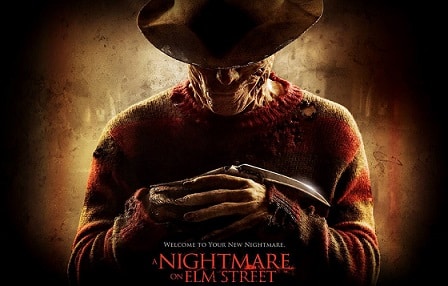 Once upon a time, a remake of Wes Craven’s classic A Nightmare on Elm Street was being developed.  While most everyone scoffs at horror reboots and remakes, it seems that this new take on Elm Street was shaping up to be a pretty interesting movie.  Those who read the script said it was strong.  Jackie Earle Haley was set to star as Freddie Kruger, fresh off his celebrated performance as Rorschach in Watchmen.   It also had two insanely talented directors attached with Julien Maury and Alexandre Bustillo, who were just coming off their notorious film Inside.

As time went on however, things seemed to have fallen apart.  Maury and Bustillo were replaced by commercial and music video director Samuel Bayer.   Those who read the script said that the finished product was drastically different (including star Kyle Gallner).  The movie didn’t bomb per se, but it failed to click with critics and fans who were expecting more.

While doing press for their new movie Among the Living, Maury and Bustillo have started speaking about what their trip down Elm Street may have looked like looked like.  In an interview with Bloody Disgusting, the directors had this to say:

“Here it was to really use the fact that Krueger is a child molester. So the idea was to have a twisted version of the ‘Goonies’ with a bunch of kids being stalked. We thought it would have been great for a remake to switch the teenagers of the original with real kids. Beside childhood is the moment in life when you are truly and deeply frightened by nightmares, when you’re not able to see the difference between reality and dreams…”

Yup, sounds horrifying.  The idea of crossing the child like wonder of the Goonies mixed with being stalked by a child molester dream demon fills me with dread.

A new Nightmare on Elm Street film is currently in development.