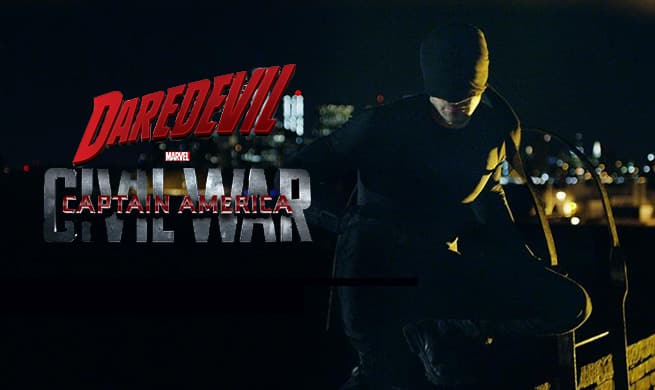 Daredevil season 2 premiered less than a month ago, and the fan reception has been overwhelmingly positive. Along with Jessica Jones and Daredevil season 1, all of the Netflix/Marvel origin series have received very positive critical and fan reception. So much so it was speculated at one time that the ground level heroes of Hell’s Kitchen could get a promotion to feature in Captain America: Civil War. While we’ve actually known for a while now that the Netflix heroes wouldn’t be appearing in Civil War, it was less clear if any early drafts included Matt Murdock or Jessica Jones or if their names were ever thrown around when the story was in it’s inception.

The writers of Captain America: Civil War (Stephen McFeely, Christopher Markus) went ahead to put an end to this discussion when they spoke with comicbook.com about the possibility of Netflix heroes appearing in Civil War. According to Markus and McFeely, some characters like Black Panther, Ant-Man, and Spider-Man were always intended to be used, but the Netflix characters were never considered for inclusion.

“When we were writing this, there weren’t any Netflix characters. Daredevil came out right before we started shooting. So, frankly, no because we can’t juggle that.”

“We had as many characters as we could handle in the movie. You could tell – it works but it’s close. It’s busting at the seams. If you had two more people who you had to give four beats to and give them an organic little arc, now you’re at three hours. You’re taxing my patience.”

Even though Daredevil, Jessica Jones, Iron Fist, The Punisher, and Luke Cage were never meant for Civil War, there is still a chance we could see them in Avengers: Infinity War, which was recently announced to include Star-Lord from Guardians of the Galaxy.

Do you hope we get to see the Netflix heroes join the big screen heroes in the battle against Thanos? Sound off below!