So, I just came back from watching the latest installment of the X-Men franchise. Check out Screen Geek, Mark Salcido’s review.

While I partially agreed with him, one thing that was awesome about it was that Weapon X scene. Sure, the movies may rely too heavily on Wolverine, and can’t do a single movie without him. But if his stories are the best Fox can churn out (yes, I’m even including X-Men Origins: Wolverine. Though, I’m not including Deadpool; he’s a total different ball field.), then they better hold on to whatever they got. While they still didn’t explain the end of Days of Future Past, where Stryker’s eyes lit up like Mystique’s, things started to pick up when the Colonel took our heroes to Alkali Lake. Remember kids, this is the same facility that transformed Wadey Wilson into Deadpool. Hugh Jackman makes his obligatory cameo. And for the first time in live-action, we finally see Logan’s break from Weapon X as is in the comics; complete with the mechanical garb. Furthermore, you feel more heat in their few minutes together, than any other moments combined with Jean Grey and Logan. However, The Wolverine got a little closer with their forbidden love.

The post-credits scene returned to Alkali Lake. Suited government personnel marched through Stryker’s stomping grounds, past all the guards the former James Howlett wasted. They approached viles of what had to have been Wolverine’s DNA. A vile was placed in a briefcase that closed to say “Essex.”

What does this all mean, Basil? Well, Essex is the name of a particular individual who’s interested in cloning. Through production news, it was disappointing to hear no word of Mister Sinister. He is Apocalypse’s right-hand man, separate from the Horsemen. Whether he was the man with the brief case, or that dude’s boss, the movie still had his presence.

But why take DNA from Wolverine? What is he going to clone with that? Uh-huh, Wolverine’s clone. 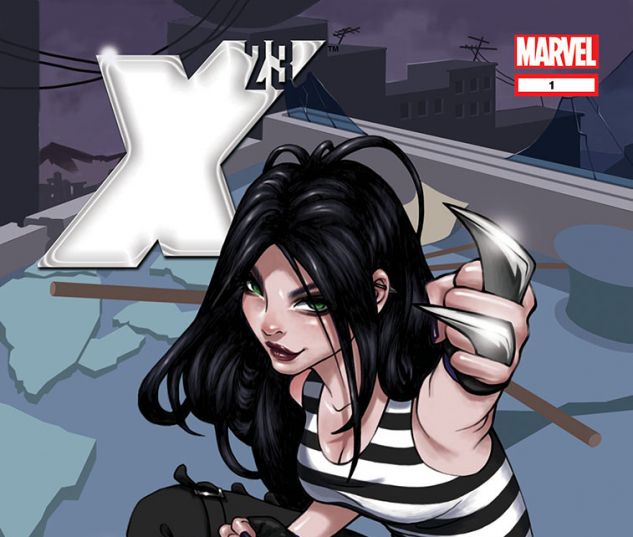 Though they weren’t affiliated in the comics, I believe Mister Sinister will create X-23 for Wolverine 3. The villains of the threequel are to be a group of cyborgs know as the Reavers. Lady Deathstrike, played by Kelly Hu in X2: X-Men United, was a member. Whether Hu will return is uncertain. Sinister may be a secondary villain, but I believe he’ll play a larger role in one of Fox’s four or five other planned X-Movies. Remember, there is Deadpool 2. X-Force and New Mutants have been promised. There’s also that Channing Tatum-starring Gambit spin-off. Not to mention, Singer wants another stab at the Dark Pheonix Saga. Sinister could wreak havock (no pun intended…..or is it?) in any one of these. If Fox really wants to create a cineverse, then here they go. Make Mister Sinister the villain in one, saving his X-23 for another post-credits to lead to the post-apocalyptic (ok, that pun was intended) Old Man Logan adaptation.

This could also rectify Apocalypse’s death. At this point, there’s no chance for a cinematic Age of Apocalypse timeline. But Sinister, a.k.a. Nathaniel Essex, could clone him.