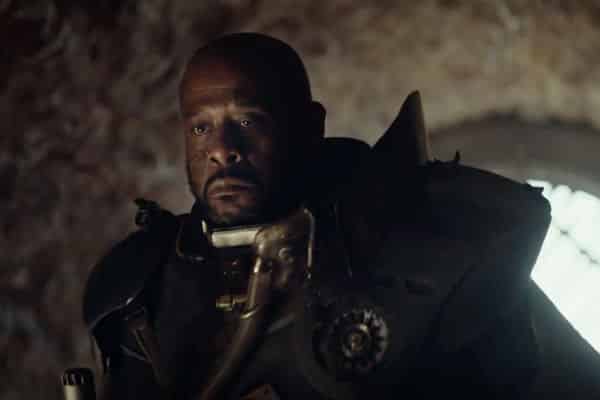 So in a surprising turn of events, Forrest Whitaker’s character has been revealed as Saw Guerrera.

Now for those of you who either don’t know or need a refresher, in the series Star Wars The Clone Wars, on the second episode of season 5 titled “A War on Two Fronts”, the Jedi began training Rebel cells to oppose the Separatists, and as such Anakin Skywalker, Ahsoka Tano, Obi-Wan Kenobi, and Captain Rex traveled to the planet Onderon to begin this new training program, and there met the cell both Saw and his sister helped lead.

So basically, Saw is one of the ORIGINAL REBELS, trained by Jedi including the future Darth Vader, and he will be in Rogue One presumably helping the Rebels that will steal the Death Star Plans and thereby help thwart Vader.

And on top of that this is a very special occurrence. Rare is it when a one off character from a story arc is elevated in this manner to a major character in a live action movie, particularly one of this scale.

As a Star Wars and Clone Wars fan I am very excited, are you guys? Let us know in the comments!

Huge New ROGUE ONE: A STAR WARS STORY Details Including Darth Vader Appearance
Netflix Is Raising Their Prices and About 500,000 People Are Expected To Cancel
Advertisement
Advertisement
To Top