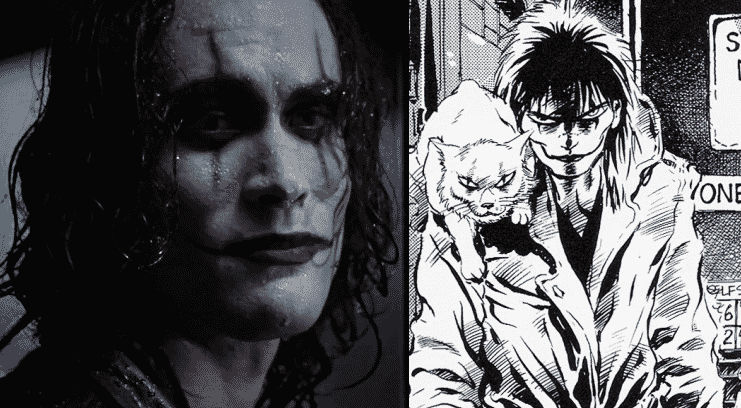 To begin this article, I’d like to say that I’m a huge fan of The Crow starring Brandon Lee. I own the Blu-Ray and give it a watch from time to time. Due to the fact that Lee died while shooting the film, his death, added on with the subject matter of the movie, gives a very supernatural-like vibe that will never again be replicated.

For those of you who don’t know, James O’ Barr, the creator of The Crow comic book, made the comic as a way to cope with a horrible tragedy. In 1978, his fiance’, Beverly, was killed by a drunk driver and in 1981, he made The Crow as a way to deal with the pain he was going through.

The comic book sat on the shelf for a few years but eventually made its way to a publisher and was then adapted into the 1994 film – which obviously saw even more tragedy. For years, O’Barr was opposed to a remake, until he spoke with director Javier Guiterrez, who at the time was going to direct the film:

“He flew over from Spain – paid for his own flight – to talk to me. He got off the airplane, I took him to my car, and I was going to lecture him for an hour and then put him right back on the plane. I did give him the whole lecture too, no one wants this, no one wants to see a remake, that the original is sacred ground because it was Brandon Lee’s last film, that you’re committing career suicide by trying to remake that film.

I told him all of this, he listened to every word, and then he told me ‘I don’t want to remake that film, that film is perfect as it is. I want to do your book, literally page-for-page adaptation.’ That’s what changed by mind, that it’s not a remake of the original film, or cashing in on the cult status of Brandon Lee, it’s that Guiterrez wants to go back to the source material, which if you’ve read the book and seen the film, while the movie has the right feel and the right flavor of the book, probably only 40% of the book made it into the movie.”

Obviously, that director and star Luke Evans are no longer attached to the film, but it brings up the point that I’ve been trying to stress to people who are upset about the film being remade:

The 1994 version of The Crow is not being remade.

Whatever happens next with The Crow is going to be a reboot. It’s not going to have any ties to the 1994 film and it will be completely different. If James O’ Barr wants to see his comic adapted straight from the pages – who’s to say that he shouldn’t be able to? The new film has even added him as a consultant, so they’re going to listen to what he wants to do.

Edward Furlong as The Crow in 2004’s Crow: Wicked Prayer. What in the actual fuck?

Wouldn’t you rather see a reboot than another low budget, piece of sh*t sequel? I don’t see many people complaining about those films tarnishing Lee’s legacy. You know why? Because they don’t. Regardless of what happens, his legacy and that movie will live on because it’s something that will never be replicated again.

In the interview I referenced above, O’Barr also said that he would never do anything to hurt the legacy of Brandon Lee – in regards to people saying that no one should ever play the character again, here’s what he’d say to them:

That no one understands that fear more than me. Brandon Lee was a friend, and I’d never do anything to hurt his legacy.”

If he wants to give it a go, I think we should all just give it a chance – and view it as exactly what it is.

And you know it’s definitely going to be different if Jason Momoa ends up playing the character. It’s recently been said the film will begin pre-production in February 2018.

What do you think of this? Does the article change your stance on a reboot? Tell us below in the comment section!

Continue Reading
You may also like...
Related Topics:Brandon Lee, James O'Barr, The Crow

Is There An Emerging Issue With Marvel’s Leading Ladies?
Why The WWE Should Get Rid Of BROCK LESNAR
Advertisement
To Top