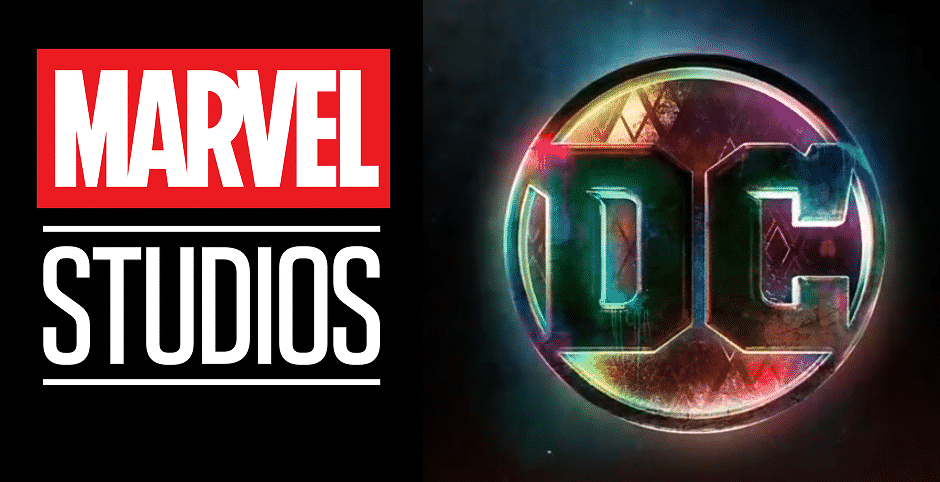 We need to talk about gritty grimdark realism, because it’s choking all the life out of our superhero movies. We’ve had a few disasters in a row from DC now, and a heck of a lot of handwringing over why Marvel is doing such a better job than DC at translating its characters from page to screen.

I’ve read time and time again that Marvel movies are more successful because they’re lighthearted and fun, and DC is too moody and serious, and I want to break that down because I don’t think that tells the whole story.
So let’s go back to the beginning for a minute.

Superheroes have actually been onscreen for ages by this point, starting in the 40’s with the Batman serials, popping up every so often during the 50’s (hi George Reeves) and 60’s (hello Adam West) and having a pretty solid stretch in the 70’s when we got Wonder Woman, Spiderman and The Hulk TV shows, and Richard Donner’s Superman. That franchise had, heh, diminishing returns shall we say, and everything quietened down during the 80’s while filmfolk regrouped and figured out where to take superheroes onscreen next.

Then we get Burton’s Batman in 1989, ironically released amid a sea of people complaining that it was a much too dark and edgy take and where was all the shark repellent and silliness. Ironic because dark and moody Batman was followed with darker and moodier Batman Returns, a glorious love letter to freaks and weirdos everywhere, emo before emo was even a thing. Now, you all know what happens next: nipples get put on the batsuit, a ‘wackier’ tone gets adopted and a franchise gets killed. After Batman & Robin in 1997, superhero films seemed dead in the water, an absolute non-starter.

Until less than a year later, an adaptation of a relatively unknown Marvel comic gets released, called Blade. Dark, lean, sexy and completely unexpected, Blade got us all excited about comic book adaptations again in a big way.

This mess/success relationship between Batman & Robin and Blade is important because it flavours pretty much everything that comes after. As far as the people writing the cheques could see, Batman & Robin failed because it was too cartoonish and Blade succeeded because it was gritty, dark and violent. This is further cemented by the success of The Matrix the next year, which felt like a superhero origin story as much as a dystopian sci-fi, and had a distinctively dark and realistic aesthetic to it. So silliness is a no-no, and grimdark is widely accepted as the way to go.

Why is this a bad thing?

The problem with translating 70-odd year old characters out of the comics medium and onto the cinema screen is not that there is so much backstory to choose from, as most might believe, because the essentials of these superheroes are usually pretty easy to define.

No, the problem is choosing the style.

Listen, comics have gone through so many style shifts over the years that it’s hard to keep up. You’ve got the bright-eyed optimism of the Golden Age. The kooky, let’s-try-anything-once, wait-maybe-polkadots-on-Batman-is-too-far zaniness of the Silver Age. The allegory and emotion of the Bronze Age. The cynicism and bleakness of the Modern Age. And we’ve only just hit 1986 here, there’s still decades of comic history to go. Then you’ve got to think of all the different artists and approaches these characters have seen over the years. We’ll all have our favourites, as comic book lovers. Sometimes it’s even part of the fun of loving comics, arguing over who’s take on a character manages to capture their essence most effectively. On the page, we’re used to seeing shifts in style and tone and it doesn’t trip up our enjoyment any. So why the hell have so many films been forced into the same style? Why can’t we fit the style to the story, and not the other way around?

I get it, we want to prove to the detractors that superheroes aren’t just for kids. I can’t imagine they’ll be anyone reading this that hasn’t been asked when they’re going to finally grow up and read ‘proper’ literature at some point. So the solution has been to reinvent our childhood favourites into darker, edgier, meaner, more ‘adult’ versions of themselves… and basically to squeeze all the fun out in the process.

And you know what? Some characters suit it. Batman particularly, because he’s such a petulant gothkid to begin with (love you, Bats), but also Wolverine, Daredevil, The Hulk – I know we’re all looking forward to Jason Mamoa’s grumpy-ass Aquaman, right?

It’s been proven by this point that comic book adaptations succeed when they are sincere. Not when they go for po-faced ‘gritty realism’ at the expense of everything else. A sincere comic adaptation is in love with its subject material and wants you to be as well. Sincerity allows for jokes, offbeat moments, pants over tights, character nuance that might seem silly to outsiders, all that good stuff that makes us fall for a comicbook universe and its heroes.

Superheroes are inherently unrealistic, and trying to force them into a ‘real’ world causes issues every time. They’re allegories, not facts or fixed points. They only have to feel true, not realistic. Goddammit, reality is boring – if I wanted realism, I’d be watching Swedish dogme.

The main problem with the last three DC films has been their overly dark tone. Man of Steel was ostensibly another Batman film that just so happened to be about Superman, trying to emulate the feel of Nolan’s films without really considering whether or not that was going to fit the character. This then trips up Batman v Superman: Dawn of Justice, because instead of that perpetual debate between pessimism and optimism that Bats and Supes have been having in the comics forever, we just get black on black. Yes, there were plot holes and pacing issues, but honestly, the main problems stem from forcing a post 9/11 bleakness into both character’s viewpoints and not allowing any light to shine through anywhere.

Don’t even get me started on Suicide Squad, because you know – whether you liked the film or not – that there were serious tonal issues stemming from a complete inability to consider what would suit the characters being depicted. If Leto’s Joker wasn’t an horrendous example of what happens when you try to out-edge edginess, I don’t what is; the way to step out of Ledger’s shadow was not to send co-stars used condoms because you’re so Method, it’s to look for a different angle entirely. 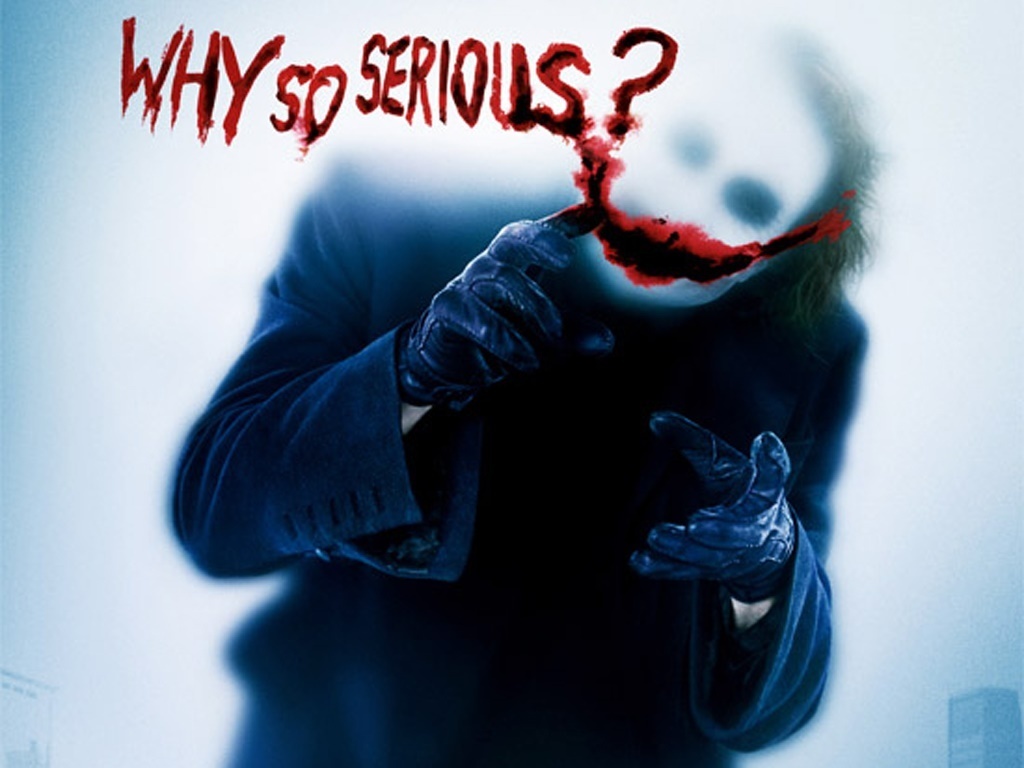 Marvel’s output is not lighthearted and fun, let’s just squash that idea once and for all. Iron Man deals with PTSD, Captain America: Winter Soldier is a surprisingly subversive war film, Jessica Jones is about abusive relationships and Daredevil is gorgeously brutal. What Marvel does is ensure that there’s variation to the tone in their stuff, that you have some sunshine and daftness in amongst the violence and substance. This, more than anything is what DC is failing to achieve.

That’s because the problem with grimdark is that it doesn’t leave any room for levity of any kind. It takes itself so seriously, like a moody teenager that thinks wearing black shows depth and intelligence. It’s getting boring and predictable, and more importantly, it’s getting in the way of good storytelling choices.

Catching up to the MCU is not something DC can realistically do at this point in terms of world-building. Those guys have been making great choices for a long time, with excellent casting, the right director for the material, having the balls to make Guardians of the Galaxy. That’s before we factor in the nous to connect each film up so that we’ll go them all whether we’re familiar with the source material or not. To survive at all, DC really need to stop rushing decisions, be braver and to start thinking in terms of suiting the film style to their heroes. That is, if they want to make movies with some lasting power, not ones that peter out after a few days at the box office.

What do you think? Marvel or DC? Tell us in the comment section below!