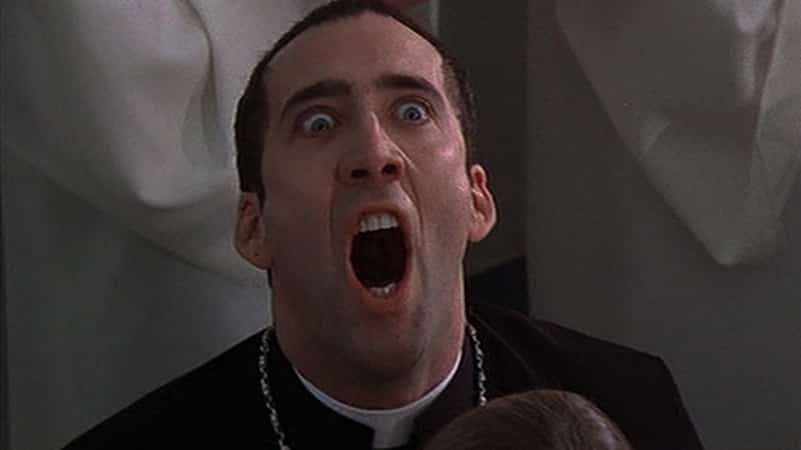 It’s no secret that Nicolas Cage does a lot of movies. He even has 3 new movies coming out in the next 2 weeks.

Yes, you read that correctly.

Apparently, however, he’s still very picky when it comes to television roles, as he recently revealed that he turned down a huge role in the Starz series American Gods:

“You know, it’s a good point and I’ve been invited many times to go on a show, one of which was on Neil Gaiman’s American Gods to play Mr. Wednesday, which was a great part, beautifully written. And I said no. And William Friedkin, we’ve been talking about doing different things.”

“It probably would be good for me globally as a career move to do television, and never say never — I probably will one day. But the idea of being stuck in one city for months on end playing a part — while that might be interesting, I could see where I might start to feel trapped. I’m just still a little bit of a snob. I mean, I’m holding on. Again, I’m never going to say never but I’m, like, kicking and screaming that I just want to stay in movies.”

So maybe we’ll see Cage in a television series one day (YES, PLEASE!) but for now, we’ll have to settle for 50 movies a year. Be sure to catch him in  ‘Army of One’ on November 15th, where he hunts Osama Bin Laden because God tells him to. Yep. You also read that one correctly.