Exclusive: Kevin Sorbo Reveals Why ANDROMEDA Didn’t Get 6th and 7th Season; Will Be On Netflix Next Year 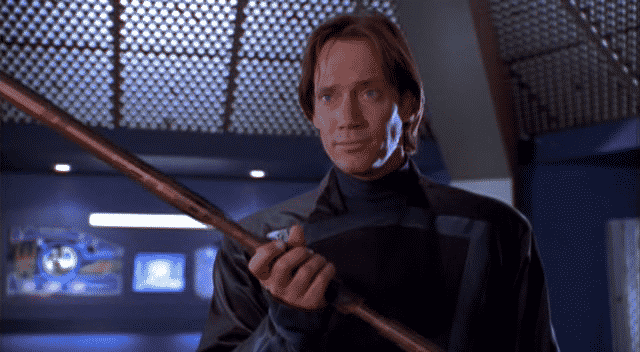 For those of you who still remember, after Kevin Sorbo was done with Hercules: The Legendary Journeys, the next show he did was Andromeda. The show itself had a decent following but ended after a short five year run.

During a panel on Saturday at Wizard World Pittsburgh, Sorbo opened up and gave the real reason the show ended:

The only reason why you guys didn’t get 6 and 7 and why Season 5 got funky at the end, is halfway through Season 5 of Andromeda, which was owned by a Tribune company out of Chicago, went bankrupt. Because #1 they owned Chicago Tribune and The LA Times, and well, no one’s reading papers anymore, and they owned the Chicago cubs when they sucked. The radio stations were dying out, so they went into bankruptcy. The only thing making money for them were really just their 3 TV shows. They had us, Beastmaster and Mutant X. They had to freeze all their assets. Otherwise, we would have gotten 7 years out of it for sure. It’s a little frustrating, trust me. Over the course of 7 years, they couldn’t sell or do anything with it for 7 years.

He also revealed that the show will be on Netflix next year:

“Next year it’ll be on Netflix. Thank God it’s coming back out again after all this time. I’m grateful for it.”

So, unless you have the DVD or Blu-Ray set, you can finally binge watch Andromeda. Especially if you, like most of us, forgot about it’s existence in the first place.