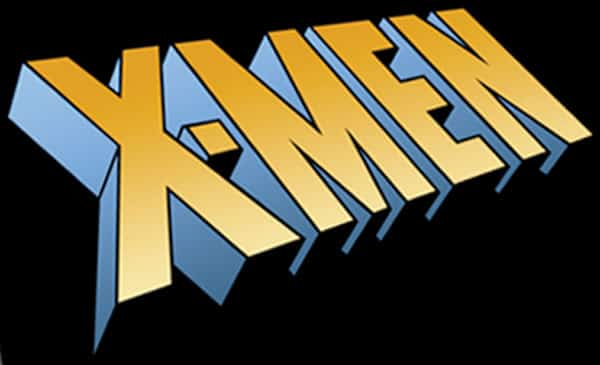 So for those who aren’t aware, the X-Men have spent the last few years diminishing, to the point where in the comics Terrigen clouds unleashed on Earth were killing off mutants while creating Inhumans. The X-Men and Mutants in general have been experiencing very grim circumstances, facing extinction once again with their prominence in the Marvel universe diminishing.

However, hope is rising for the X-Men.

Next spring, Marvel is launching 7 new X-Men related titles after the Inhumans vs X-Men event as part of an initiative called “ResurreXion”. Mutantkind will no longer be facing extinction and as such the X-Men titles will return to normalcy and with a sense of optimism once more. The two titles heading the lineup are X-Men Blue and X-Men Gold, 2 titles made in reference to the X-Men Blue and Gold titles of the 90’s.

The first of these titles, X-Men Blue is written by Cullen Bunn and drawn by Jorge Molina. It features the time displaced young versions of the original five X-Men: Iceman, Jean Grey, Cyclops, Angel, and Beast. These versions of the characters had previously been featured prominently in Brian Michael Bendis’s All New X-Men run.

However, this group shall be lead by none other than Magneto himself.

In a phone interview IGN had with Bunn himself, he explained by stating:

“He almost takes the role of a Professor Xavier for the original five here. That’s really what I thought was interesting with putting him in the book is that Magneto is the oldest enemy of these X-Men. This was the first ‘evil mutant’ that they battled way back in X-Men #1. And now here he is taking on this mentor role with them. That immediately raises a lot of questions. Why would these X-Men be working with him? What is he trying to accomplish now? Do they feel that he’s changed his ways? And that really is what I was excited about. It opened up a lot of really interesting questions for us. There’s some mystery involved in terms of why the X-Men are working with him and what they’re trying to accomplish. There’s a little bit of intrigue there because knowing Magneto, you know he’s got ulterior motives. He’s Magneto. The original five X-Men aren’t stupid. They know this. And maybe they have some ulterior motives of their own.”

The book is to be written by Arrow Showrunner Marc Guggenheim and drawn by Adrian Syaf.

Guggenheim also conducted a phone interview with IGN, in which he states:

“Kitty is the right person to bring the X-Men into the future, to herald in the next era of the X-Men. We are post the war with the Inhumans. The X-Men are sort of at a crossroads. They’re at a point where they are trying to decide, is there a future for the X-Men? And Kitty is very much of the mindset that there is a future for the X-Men and it’s a bright future. That there’s more work that the X-Men still have to do. Not just for mutants, but really for humanity. What Kitty’s leadership does from a storytelling perspective is that it really positions the book for its mission statement, which is we really want to tell stories that get back to the idea of just the X-Men as superheroes. Not all of the stories that we’re doing are based on mutants or the problems of mutants or the conflict with the Inhumans. It’s very much a team superhero book.”

It’s interesting seeing Kitty lead this team, as currently Storm is the leader of the Extraordinary X-Men. It’s unknown why she is taking a backseat to Kitty, however Kitty certainly is qualified at this point, having been a part of many significant X-Men storylines.

In this book team member Rachel Grey shall be gaining a new status quo, taking the name “Prestige”.  On this, Marc Guggenheim explains:

“She was Marvel Girl, then she was Phoenix, she was often times less Rachel Grey and more Jean Grey. And I had this idea, wouldn’t it be fun to take an X-Men and give them a new identity, kind of like the way Chris Claremont did with Carol Danvers and making her Binary many years ago? I thought that was kind of intriguing,” Guggenheim explained. “As I thought about that, I started thinking about that idea in connection with Rachel and the notion that if there was any character who needed to adopt a new identity, that was forward thinking, that wasn’t about her legacy or her family, it was Rachel. And I think in many ways Rachel represents this mission statement that Kitty has given the X-Men, which is let’s not look backwards, let’s look forwards.”

So there it is. 2 teams of X-Men, one of veterans, and another of considerably younger members. These titles shall release issues bi-monthly starting April 2017. Let us know what you think of all of this in the comments below!