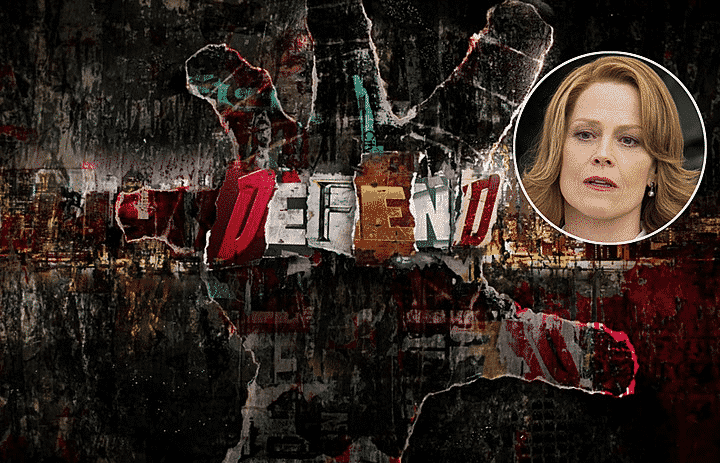 During this past year’s New York Comic Con, Sigourney Weaver was confirmed as the villain of the upcoming Marvel Netflix superhero team-up series The Defenders. The actual Marvel character she will be playing has been kept secret and not many clues have been revealed.

Back in June, we reported that Mephisto was going to be the main villain of the show, and some have speculated that that is who Weaver is playing.

Well, if she was to play Mephisto, it would certainly be a watered down version of the character. For those who don’t know, Mephisto is essentially Satan, so I’m not sure what someone like Daredevil would be able to do against a villain with the powers of Satan. Then again, Jessica Jones took down Purple Man, so maybe Daredevil’s religion would help him out. Probably not.

Here’s the first set photos of Weaver on the set of the upcoming show:

Marvel’s The Defenders” follows Daredevil, Jessica Jones, Luke Cage and Iron Fist. A quartet of singular heroes with one common goal – to save New York City. This is the story of four solitary figures, burdened with their own personal challenges, who realize they just might be stronger when teamed together.

What do you think of this? Who do you think she could be playing? Are you looking forward to Marvel’s The Defenders? Be sure to sound off in the comment section and tell us all of your thoughts below!