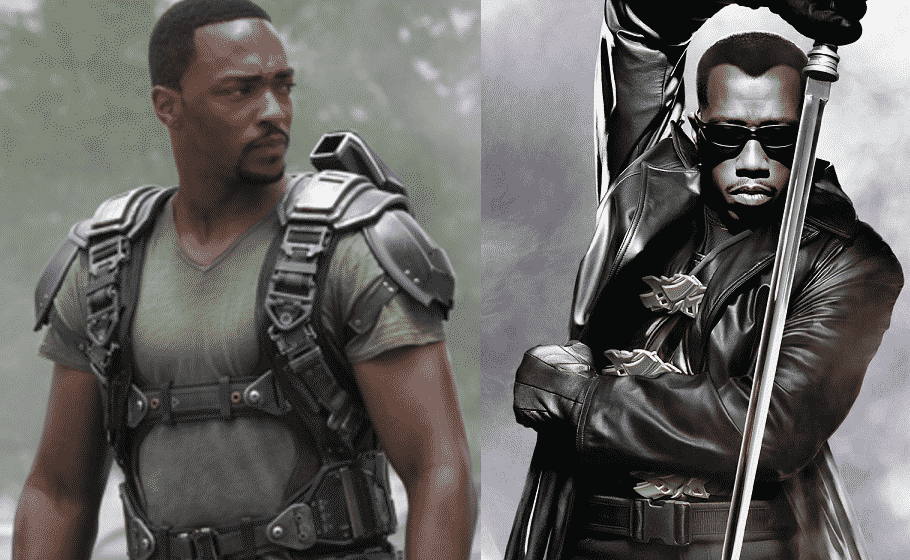 For many years now, it’s been a mystery what Marvel plans on doing with Blade and how they could incorporate the character into the Marvel Cinematic Universe (or the TV Universe).

Fans have been open to the idea of Wesley Snipes returning and playing the character again, but Marvel has seemed reluctant on bringing back characters who have been cast in Marvel films not made by them.

Well, now, an unlikely actor has emerged as someone to take over the role – Falcon actor Anthony Mackie.

While at Wizard World in Cleveland, the actor said the following when asked what other franchise he’d be interested in being apart of:

“I pretty much want to grow up to be Wesley Snipes. If we can bring back Blade, I’d definitely be Blade in every Blade movie.”

This casting would actually be pretty cool if Mackie wasn’t already playing Falcon in the MCU. The last update by Kevin Feige about the character was back in October:

“We’ll do something with Blade at some point.’ That’s still the answer. We think he’s a great character, a really fun character. You know, this movie [Doctor Strange] going into a different side of the universe has fun potential for him to pop up, and between the movies, the Netflix shows, the ABC shows, there’s so many opportunities for the characters to show up — as you’re all seeing now with Ghost Rider on Agents of S.H.I.E.L.D. — that rather than team-up with other studios with that character, we’ll do something cool on our own. What that is and what that will be? We’ll see. There is nothing imminent to my knowledge… of course, he shows up in the next episode.”

As with everything Marvel, we’ll just have to wait and see what happens when it comes to Blade.

What do you think? Would you like to see Anthony Mackie play Blade in the Marvel Cinematic Universe? Be sure to tell us your thoughts in the comment section below!