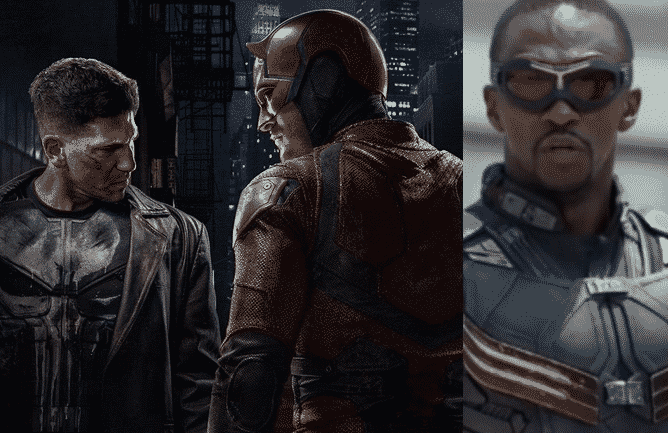 One thing that many Marvel fans have been hoping to see for some time now is the Marvel TV Universe crossing over into the movies. It’s been rumored, and the movies have been referenced on occasion within the Netflix shows, but nothing really in the movies.

Many actors have said they’d be open to the idea, but nothing has ever happened.

When asked about that prospect, Anthony Mackie had the following to say while speaking at Wizard World Cleveland:

While most fans would love to see it happen, it doesn’t appear likely. We also exclusively reported last November about what Charlie Cox had to say about the potential crossover as well:

“I’d love that too. Those Easter eggs are thrilling to me. As they are to all of you guys, the fans. Sadly, Elden and myself have not been invited to the conversations that take place where they make those decisions. So, until we are invited to those conversations, we have no idea what’s going to happen.”

It looks like we’ll just have to wait and see on a potential Marvel movie and TV crossover.

What do you think about this? Would you like to see the Marvel TV characters show up in the movies or vice versa? Be sure to tell us your thoughts in the comment section below!