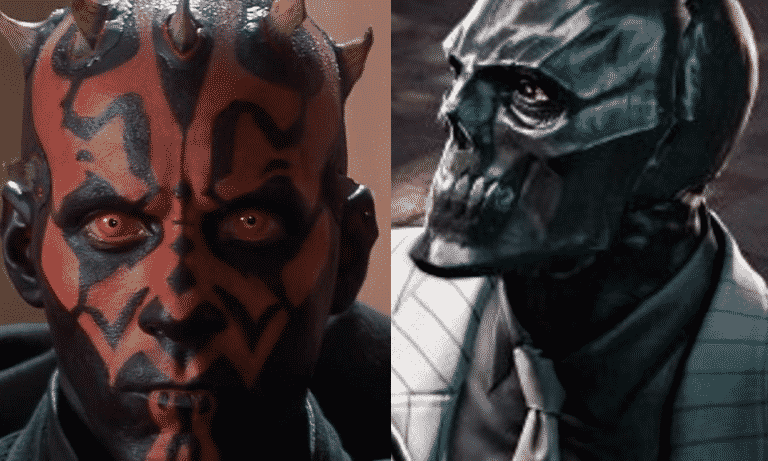 While many can recognize how much of a skilled fighter Snake Eyes was in G.I. Joe’s live-action films or seeing what happens to Toad when struck by lighting (hint: …the same thing that happens to everything else) in X-Men, no role comes close to the fan impact as one of the (better) parts of Star Wars Episode 1: The Phantom Menace as the entrance made killing Liam Neeson himself with Sith Darth Maul. Double lightsabers, fighting off Qui Gon and Obi Wan at the same time, and the creepy character design, Maul got quite the fan appeal despite his short-lived moment of glory and has appeared in other Star Wars media as a very underappreciated Star Wars villain.

Even with the minimal screen presence, that is the impact actor and martial artist Ray Park has made his roles count in the world of cinema. As an active guy in both his workouts and his fan community, he takes pride in his roles and isn’t afraid to show off his lightsaber-wielding skills on his social media and even in person (take the word of yours truly, he knows how to spin one really well in person).

And wouldn’t you know, it turns out Park is a huge Batman fan himself. What better time to ask him about the ever-expanding world of comic books on the silver screen than now?

Toronto ComiCon 2017 was the stop taken by ScreenGeek and representing them, I briefly asked him about his preferences:

ScreenGeek: I’m aware you’re a big Batman fan, and with the cinematic universe of the DC Comics expanding, if there was one character you wanted to play, who would it be?

Ray Park: Oh, you know, that’s a good question because there are so many characters and I grew up with Batman, it was always Batman, you know? But which character would you see me for?

ScreenGeek: I could kind of see you playing Black Mask, really. I feel you have that intimidating factor I saw with Darth Maul, this terrifying presence you can convey.

Ray Park: Black Mask? I could look into that. Yeah, that would be cool!

Last month, Suicide Squad’s director David Ayer hinted the presence of Black Mask with a simple tweet of a comic panel of the character. The masked leader of Gotham’s criminal empire and with no live-action interpretation in any films, he is a very intriguing character choice to go with representing in this new world.

It was actually rumored back in August of last year that Black Mask would be the main villain in The Batman:

“The Batman film (right now called The Batman though they’re considering other titles) will release October 5 2018. Current plot has Black Mask as the main villain breaking other villains out of Arkham to kill Batman. Joker and Harley have a subplot involving a bomb to blow up all the inmates once Batman recaptures them all that results in Harley leaving the Joker because of the abuse and Batman trying to rehabilitate her. Deathstroke is sent in by Waller to help contain the situation so she can use them for her own means but Batman fights Deathstroke and promises Waller that he’s coming for her next. Deadshot is also in it but leaves the Asylum to be with his daughter instead of getting his revenge on Batman. There’s a really cool scene where Black Mask lines all the villains up and asks who will join him to get revenge (this scene will focus a lot on Deadshot’s reactions, making it clear he wants only freedom). Many of the villains get away in the end, with Batman promising to hunt them all down. The film will end with Batman overlooking Gotham and seeing one of the B-List villains (has yet to be decided) committing a crime.”

Obviously, with so much changing behind the scenes for The Batman, it’s probably no longer the case.

The character is believed to be the central villain for the upcoming yet secretive Gotham City Sirens, but no other information has surfaced for it aside from the teasing image. And let’s face it: Ayer’s knack for teasing characters might as well be considered official with how often he has done it.

Who would you like to see playing Black Mask? What roles of Ray Park are your personal favorites? Let us know in the comments below!