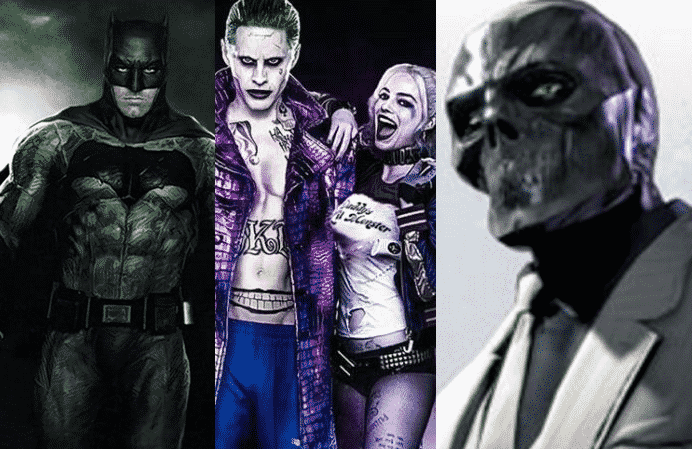 Earlier this week, some upcoming plans were leaked for the future of The DCEU (which seems to be changing all the time) but one thing that was interestingly noted, is that the upcoming Batman film will have Deathstroke – but not as the main villain.

Per the latest leak (linked below):

“The Batman film will still have Deathstroke but not as a main villain. Matt Reeves wants to do a larger scale Batman film that will include the Bat family as well as most of Batman’s rogues.”

This is not only interesting because it’s been reported that Deathstroke will be the main villain, but also because alleged plot details of The Batman were leaked back in August, and it might mean they went back to that original set up – which was as follows (obvious potential SPOILERS ahead!):

Current plot has Black Mask as the main villain breaking other villains out of Arkham to kill Batman. Joker and Harley have a subplot involving a bomb to blow up all the inmates once Batman recaptures them all that results in Harley leaving the Joker because of the abuse and Batman trying to rehabilitate her. Deathstroke is sent in by Waller to help contain the situation so she can use them for her own means but Batman fights Deathstroke and promises Waller that he’s coming for her next. Deadshot is also in it but leaves the Asylum to be with his daughter instead of getting his revenge on Batman. There’s a really cool scene where Black Mask lines all the villains up and asks who will join him to get revenge (this scene will focus a lot on Deadshot’s reactions, making it clear he wants only freedom). Many of the villains get away in the end, with Batman promising to hunt them all down. The film will end with Batman overlooking Gotham and seeing one of the B-List villains (has yet to be decided) committing a crime.

The earlier report stated that WB is considering making four Batman related films for 2019, so perhaps with Gotham City Sirens being one of them – all of this could be entirely plausible.

What do you think? Would you like to see Black Mask as the main villain in The Batman? Be sure to tell us your thoughts in the comment section below!