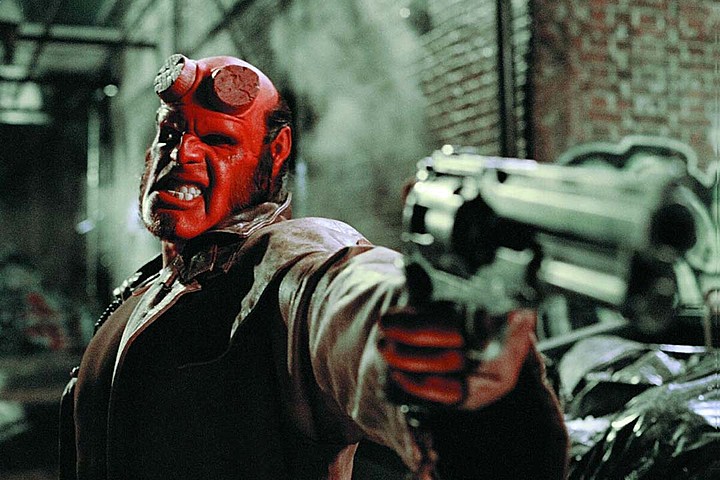 Mike Mignola, the creator of Hellboy, has just announced that there are plans to reboot the film franchise! And this time it looks like it’ll star Stranger Things actor David Harbour. Mignola announced on Facebook this evening that Neil Marshall will be attached to direct the project.

Quickly after Mignola announced the film, Hollywood Reporter confirmed that Millennium is currently talking about producing the film. Its current working title is Hellboy: Rise of the Blood Queen. Hollywood Reporter also announced that neither previous star Ron Perlman or director Guillermo del Toro will be involved at all.

Hellboy was originally a comic series created in 1993 by Mignola, and focused on the titular character who was a demon spawned from an occult Nazi ceremony during World War II. He was soon raised into being a superhero, despite being demonic in nature.

The comic was previously adapted for film in 2004, and starred Ron Perlman in the title role. It was then followed up by a sequel in 2008. Although both films were successful, a third never came to fruition. However, there were two additional animated movies.

The original film’s plot is as follows:

“At the end of World War II, the Nazis attempt to open a portal to a paranormal dimension in order to defeat the Allies, but are only able to summon a baby demon who is rescued by Allied forces and dubbed “Hellboy” (Ron Perlman). Sixty years later, Hellboy serves as an agent in the Bureau of Paranormal Research and Defense, where he, aided by Abe Sapien (Doug Jones), a merman with psychic powers, and Liz Sherman (Selma Blair), a woman with pyrokinesis, protects America against dark forces.”

And now, despite years of del Toro working towards getting a third film in his trilogy made, it looks like it’ll be rebooted entirely. But hey, at least there’s more Hellboy, right?

What do you think, are you excited to see the Hellboy film franchise rebooted? Let us know in the comments section below!