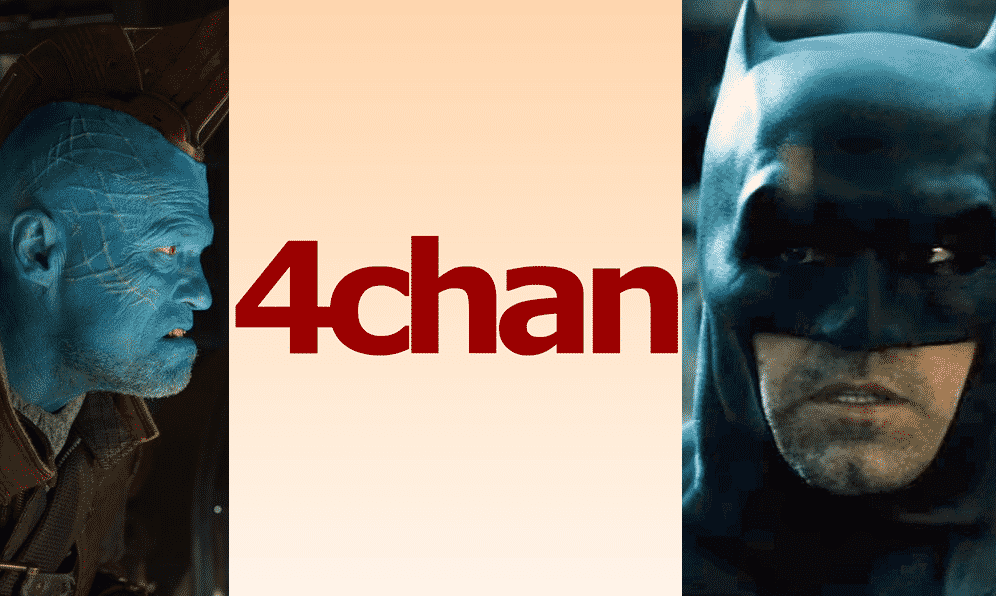 Rumors. The word rumors often make you think, “Yeah alright, I’ll take that with a pinch of salt”. I recently wrote an article about some new DCEU rumors that were released from 4CHAN, but are they true?

But, what if we have a look back at rumors that were thrown about regarding a film that has now been released. If we compare the rumors and the final film, could we legitimize the source of the rumors?

Guardians of the Galaxy Vol. 2 was released in May and has gone on its way to nearly breaking a Billion at the Box Office. So here is a list of rumors released by 4CHAN that seemed to be fairly accurate.

The rumors are shown in bold with comments on how it was shown in the film below.

Months after saving Xandar, the Guardians of the Galaxy – Star-Lord (Chris Pratt), Gamora (Zoe Saldana), Drax (Dave Bautista), Rocket (Bradley Cooper) and Baby Groot (Vin Diesel) – have become heroes for hire, and are employed to destroy an extradimensional monster, but nearly botch their mission due to their in-fighting.

This to me is almost exactly the movies opening action scene.

The Kree Empire has placed a bounty on their heads for the death of Ronan, and Star-Lord’s surrogate father, Yondu Udonta (Michael Rooker), is betrayed but one of his enforcers, Taserface (Chris Sullivan), who seizes control of the Ravagers and seeks to capture the Guardians.

Again, the film shows the mutiny led by Taserface, but although the Kree or Ronan aren’t mentioned, there is mention of a bounty on Nebula, so this could have been a script change.

The Guardians are hired by Ayesha (Elizabeth Debicki), a member of an ancient race known as ‘The Eternals’, to find a rogue member of their group, Ego (Kurt Russell). The Guardians are then attacked by the Ravagers and become separated, with Rocket and Baby Groot being captured by the Ravagers while Star-Lord, Gamora and Drax make it to the planet where Ego might be.

This plays out slightly different in the film, with the Sovereign attacking the Guardians and then the Ravagers taking Rocket and Baby Groot prisoner. But it is revealed that Ego is a Celestial, which suggests a change during pre-production.

They meet Mantis (Pom Klementieff), a clairvoyant and the planet’s sole inhabitant. Star-Lord finds out Ego is an ancient force that inhabits the planet’s core, filling it with life, and was also the “angel” that seduced his mother Meredith Quill during one of his many voyages through space. Ego is therefore his father, and Mantis is his half-sister.

This rumour plays out almost exactly in the final film. Mantis is the sole inhabitant, Ego is Star-Lord’s father and Ego does inhabit the core.

Meanwhile, Rocket and Baby Groot come across Yondu and Nebula (Karen Gillan), who has also been capture by the Ravagers. They work together in order to escape.

All correct apart from Nebula being captured.

Ego convinces Quill that the Eternals are planning to conquer the galaxy and need to be stopped. Quill and Gamora face their blossoming relationship, and the team regroups to confront the Eternals.

Again, this could be a script change, but Ego is a Celestial and he is the one trying to take over the Galaxy.

It turns out Ego has manipulated them and is the real menace, with the Eternals being the only ones standing in his way. The Guardians rally to fight both Ego and the arriving Ravagers. The Kree Empire and Nova Corps become involved as well.

I’m glad this was changed because there would be too many factions. It becomes the Guardians against Ego and the Sovereign. However Glenn Close did shoot some scenes.

Yondu sacrifices himself to destroy Ego, and the Guardians learn how to overcome their differences to save the Eternals. Mantis joins the team, and Nebula goes off on her own, seeking revenge against her adoptive father, Thanos (Josh Brolin). Taserface is killed and the Ravagers are taken over by Yondu’s right-hand man, Kraglin (Sean Gunn) and go back to their old ways.

Yondu does die, Mantis does join the team, Nebula does go seeking revenge and Taserface dies in a spectacular scene. However, it appears from a credit scene that Kraglin also becomes part of the team, but he may go back to the Ravagers in Volume 3.

Overall, these rumors seem to show an earlier draft of the final film, which suggests some of these rumors are more credible than they’d seem. Be sure to check out the latest batch of DCEU leaks as well.