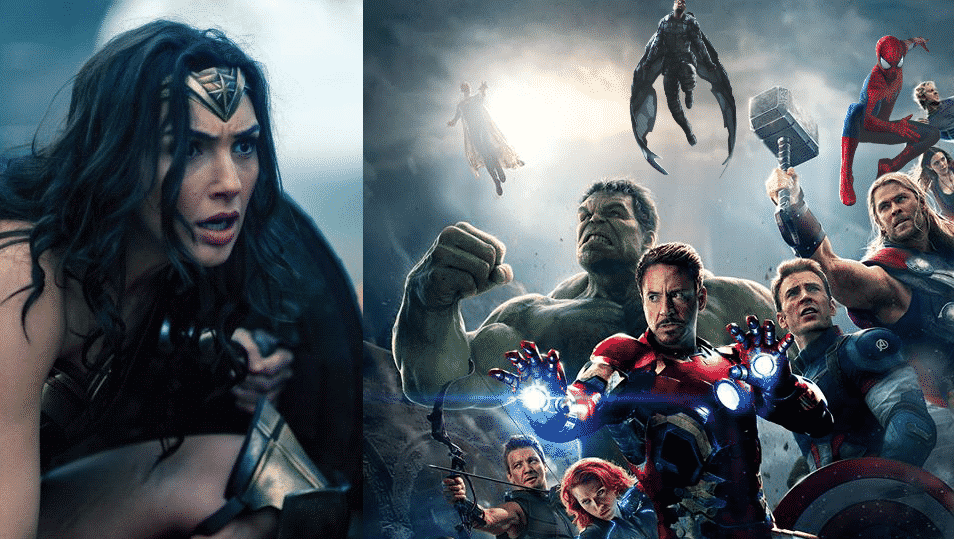 Go to any comment section or forum on the internet and you are bound to find people taking part in the supposed ‘War’ between Marvel and DC. Whilst most of it is friendly banter, some can turn truly nasty, as was the case with the recent news regarding Zack Snyders departure from Justice League which you can read more of here.

Many people assume that this belief is also shared by the actors and actresses who appear in the respective franchises, but beside the odd comment from Anthony Mackie or Jason Momoa, there doesn’t appear to be much bad blood between them. In fact, many members of the Marvel community have recently taken to social media to congratulate DC on the success of their latest release, Wonder Woman.

The much deserved praise was heaped onto the film by members of the Marvel family from both sides of the camera. They singled out not only the film, but the direction from Patty Jenkins and the performance from star Gal Gadot.

Captain America star, Chris Evans was quick to offer his congratulations on the film’s Box Office:

Avengers and Justice League helmer, Joss Whedon made a cheeky comment referencing the female only screenings.

I got to see Wonder Woman by myself weeks ago so shut up there's already been a man-only screening.

Lupita Nyong’o, who is set to appear in next year’s Black Panther was incredibly enthusiastic in her love for the film:

The GODS have seen fit to BLESS us with @WonderWomanFilm. @GalGadot will glue you to the screen and dir. @PattyJenks is NOT PLAYING AROUND. pic.twitter.com/YznOuYuE0l

Many congrats to @PattyJenks and her awesome Wonder Woman on what looks to be an over 100 million opening weekend! ❤️

I'm so excited to see Wonder Woman, it's getting such good reviews and feels like it will be a milestone for female led blockbusters! #woo

Writer Nicole Perlman, who is currently penning the script to Marvel’s first female led film, Captain Marvel, took to the net to post:

The good reviews of #wonderwoman are making my heart sing. I can't wait to see this movie!!

Rosario Dawson, who has provided the voice for the Amazonian in some of DC’s animated movies took to Instagram to reveal:

.@WonderWomanFilm is awesome. Go see it! Just watched it with family and we loved it. Dir by @PattyJenks @DCComics pic.twitter.com/LPhhSwhlkd

Writer of the Thor series, Christopher Yost took to web to air a grievance he has with the film, although it could lead to an interesting crossover:

And in response to Gal Gadot and Chris Pine’d comments as to who would win in a fight between Diana and Thor, Chris Hemsworth added his two cents:

It’s great to see that the stars can get along. Hopefully, we can see the same within the fan base. You can check out Wonder Woman in theaters now.

What do you think? Did you enjoy Wonder Woman? Could we one day see a DC and Marvel crossover film? Let us know below!