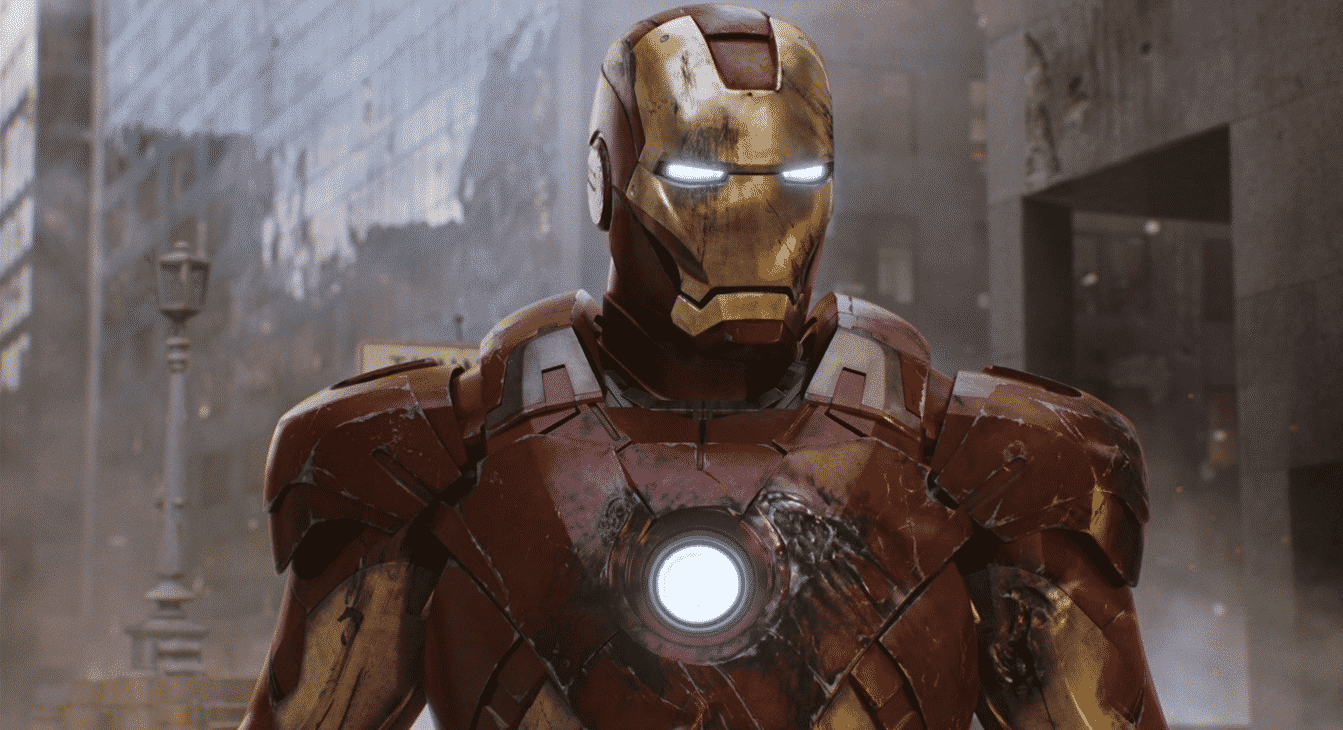 At the end of Iron Man 3, Tony Stark had destroyed all his suits, including the ‘Prodigal Son’ Mark 42.Since then he’s had a Hulk-Buster and potentially has an Asgardian Uru armor on the way. Robert Downey Jr. himself has hinted at such a suit in the past.

Today, it appears a new suit, or at least the practical suit for filming has been seen on set. The suit in question appears to be a fan-favorite and highly anticipated suit.

The suit looks like it is the MCU’s Extremis Armour due to the peak on the helmet and the shape of the arc reactor.

If this turns out to be the Extremis armor then it shows a clear evolution of the way Tony calls on the suit. We’ve seen the suit go from a large bulky suit in Iron Man, to the slim lined version that Stark needed assistance to remove.

It was cuffed to Happy Hogan’s arm in a not too bulky suit case in Iron Man 2. Iron Man 3 saw the suits able to split open allowing Stark to enter. The Avengers had two wrist bands syncing with the suit and attaching itself to Stark.

Now, or at least when Infinity War is released we may have the Extremis armor implanted or at least compressed within his bones. Thematically it makes sense and will please the legions of Marvel fans who expected to see it in Iron Man 2 when the triangular arc reactor was produced.

It does look a lot like the suit used in Iron Man 2, but why would they go back to using an out of date suit, unless we’re getting a flash-back or it’s the result of the Time Stone being used.

However, is all this just fan speculation? Yes, but it’s fair to say that each film has upgraded the armor significantly and with Iron Man 3’s story revolving around the Extremis serum, it could all tie together.

But as with all MCU films, we know that they take an element and change it to fit. Why not have Stark mix his engineering techniques with Asgardian technology or magic? How do we know the Extremis suit isn’t an amalgamation of Doctor Strange’s magic, or Thor’s Asgardian Uru armour?

We don’t, but with the quality and faithfulness of the MCU, and the fluid evolution of Stark’s suits over the three phases it is highly likely they will be introducing a version of the Extremis armour at some point and when is better than fighting Thanos in the Infinity War.

Avengers: Infinity War will hit theaters on May 4th 2018.