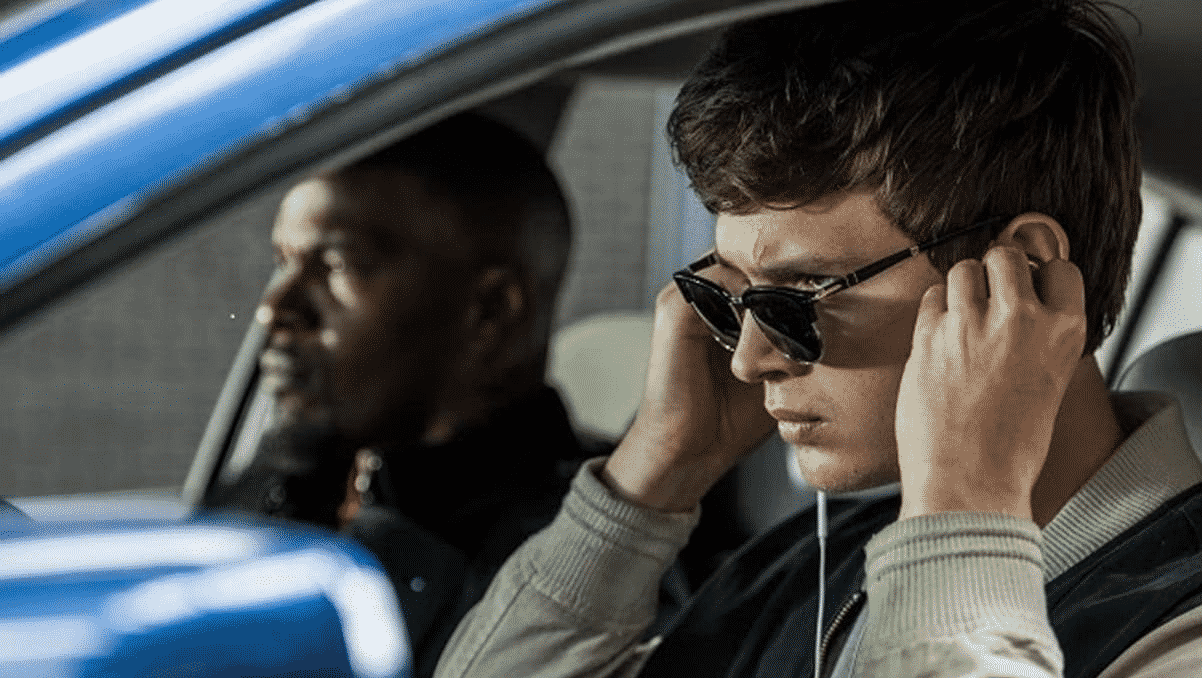 Edgar Wright has a history of pushing the limit of his talent by tackling different genres and different ways of telling a relatable story to his audience. With Scott Pilgrim vs. World having him stretch out in the world of musicals through unconventional means, Baby Driver is a full out sprint with nothing holding him back.

Some would say he’s a madman. Some would say that this will never work. Well, it did work and it’s borderline perfect. Didn’t mean to bury the lead there, but I think you should know what you’re getting yourself into.

Strap in, buckle up, and let’s find out if this film is worth your hard earned ears and summer dollars.

For those that have never seen the trailers and need a little bit of convincing, Baby (Ansel Elgort) is a highly skilled getaway driver that works with Doc (Kevin Spacey). Baby meets Debora (Lily James) and that’s when sparks fly. From there, it’s a series of close calls as Baby tries to outrun the cops, the bad guys, and tries to keep Debora safe.

A simple plot that has multiple layers sprinkled throughout the film that gives the main three leads depth. Near the beginning of the film certain characters are set, but as the movie progresses, the characters are switched up in a way that works and doesn’t slow down the film.

The acting in this movie is absolutely amazing. I would be lying if I didn’t say I was a bit nervous about Ansel Elgort in the lead role. This kid has a certain amount of charm that just meshes well with the surrounding cast. The chemistry between him and Lily James comes off as completely authentic. The same would have to go with Kevin Spacey as well because you get a sense of a father figure, despite Doc threatening to break Baby’s legs if he doesn’t do what he says.

Jamie Foxx brings his “A” game as well when it comes to his role. His character, Bats (because he’s bat-shit crazy) comes off as a straight asshole and there is reason for him not to hide that which doesn’t lessen the character, but instead makes him fun to watch with a twinge of tension in each scene he’s in.

Another example of amazing acting goes to Jon Hamm. Hamm has always been seen as his Don Draper persona of Mad Men. Well in this film, he completely smashes that. You get a little bit of that Draper charm, but it’s easily dropped as his character slowly becomes a vengeful psycho.

The selling point of this movie is the direction, music, and action that ended up being perfectly wrapped into one. In the film, Baby incorporates a lot of music in his life, so much so that he has it playing around him all the time. Wright has the music not only being played in Baby’s ear buds, but also in the background of the film; whether it’s through carefully placed words or items, or just the sound of the gunshots, buttons being pressed, and other items moving around.

One of the cool ways that Wright allows you to take a small break from the music is when you hear a soft ringing in the background that puts you in the ears of Baby’s tinnitus.

The car chases in the movie are beyond good. You get the feel of the wheel being turned, the tires skidding across the pavement, and the rush of the wind as Baby’s car races on. There were many times that my jaw dropped as Baby would narrowly escape, but looked so fucking cool doing it.

Earlier, I said that the film was borderline perfect and there is a reason. Although the music plays throughout about 95% of the film, it does come off as a bit much sometimes. There are a few breaks in the story that allow you to take a breather from the music, but in many cases it wasn’t enough. Don’t get me wrong, the soundtrack was awesome – yes, I am playing it right now – but there were times it was a bit overwhelming.

After all that I’ve said here, I believe this is the film that will finally give Edgar Wright the big hit that he deserved long ago. Wright has submitted his entry of great car heist films and it’s rightfully earned its place. The film was fun to watch; it still had the level of comedy, action, and music we expect from Wright all scooped up and set atop of one another to form the perfect ice cream cone of summer action.

That was a Cornetto Trilogy reference. Yeah… I went there.