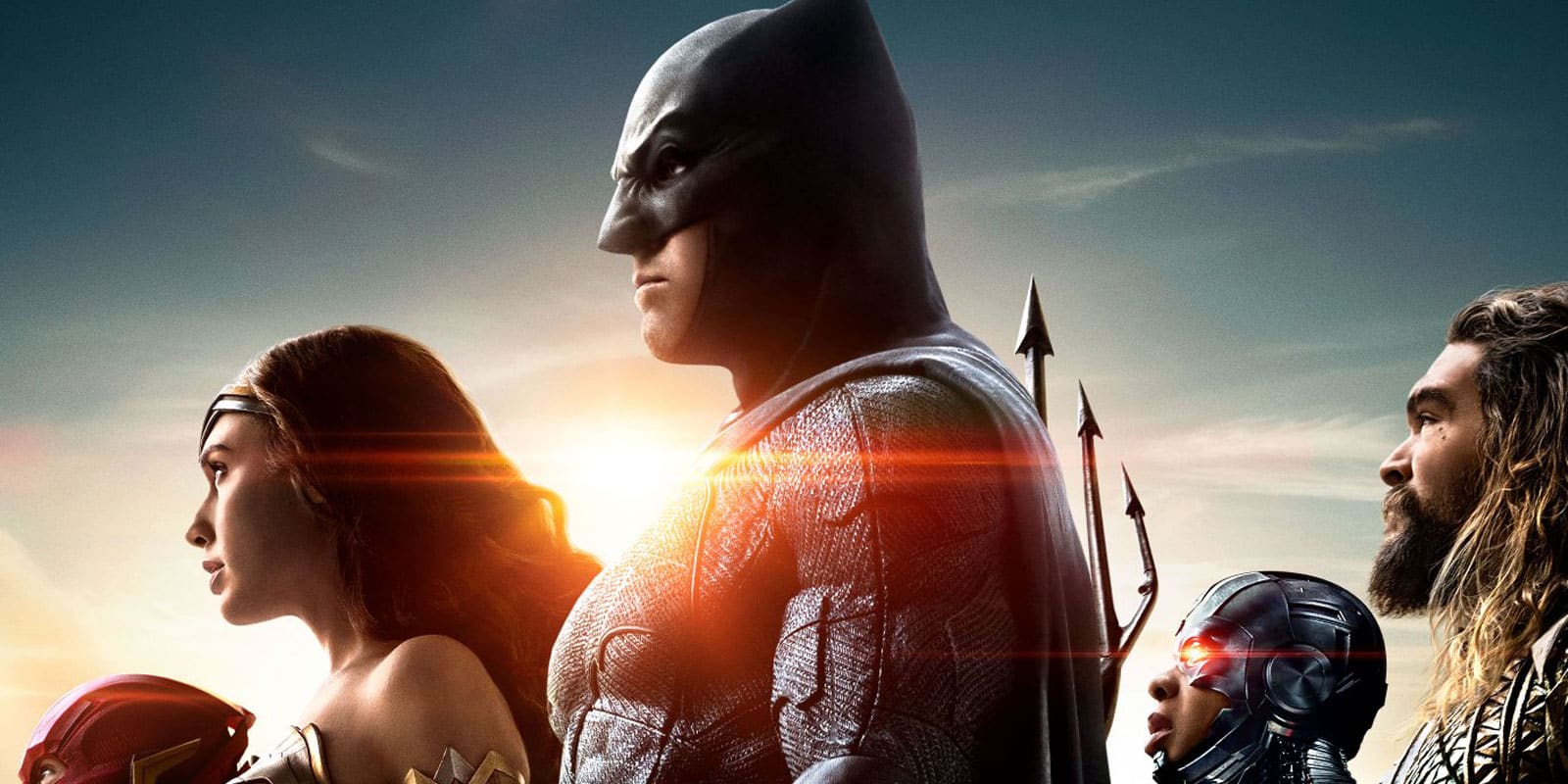 If there’s one thing that those crafty devils over at Lego know how to do, it’s make themselves some money. In recent years, they’ve managed to secure contracts to produce Lego sets associated with the majority of the big movie franchises, to the degree that the hype and expectation around their summer releases is now almost as great as any accompanying teaser trailer or TV spot.

Of course, they have also been known to cause no small amount of outrage and confusion amongst movie fans with the extent to which they are happy to stretch their creative vision to a point outside of the brief of their associated source material. Perhaps the most notorious example of this was their Iron Man 3 set, which bore little resemblance to anything that actually took place inside that movie’s runtime.

More recent half-truths contained in Lego sets have included their ‘Doctor Strange’ set, which featured a giant tentacled squid-demon, and this year’s ‘Wonder Woman’ set, which contained a giant Ares figure who looked strikingly different to the one that eventually featured in the movie. But, placing these issues aside, the truth remains that the majority of Lego sets released ahead of a big summer movie have the main points and plot of said film represented somewhere inside a jumble of pointy plastic pieces.

So, bearing that in mind, with Justice League not due for release until November 17th, what can the accompanying Lego sets that have been released online this week tell us about it? Let’s look at the three new boxed goodies, and try and separate the fantasy from the facts: 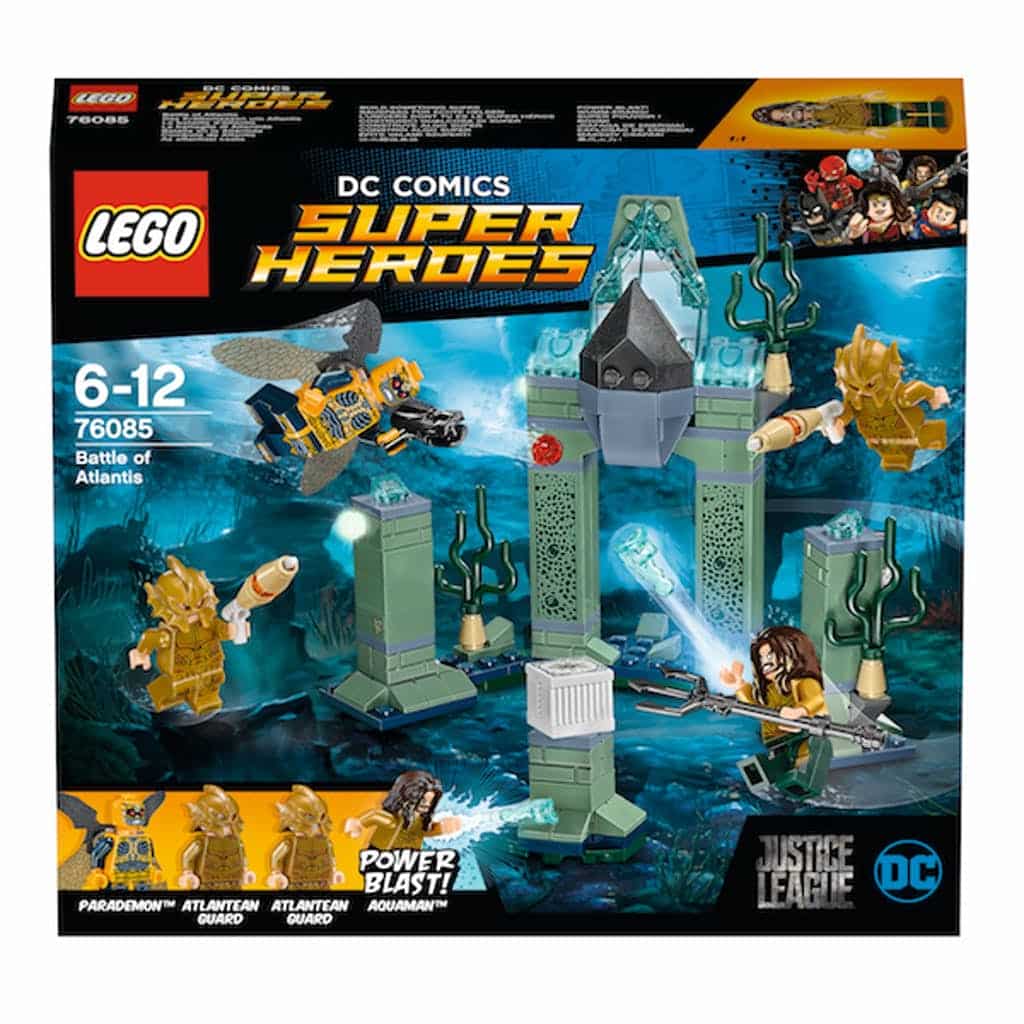 First up, at the economy end of the scale, is a miniature Parademon invasion of Atlantis. The Aquaman figurine is particularly funky, and is escorted by a couple of armored Atlantean guards. In truth, other than the fact there will some fight sequences set in Atlantis, the only real point of interest here is the idea that Mother Boxes seems to have been somehow spread all over the extended DCEU, and the Parademons have been dispatched to fly forth and reclaim them. 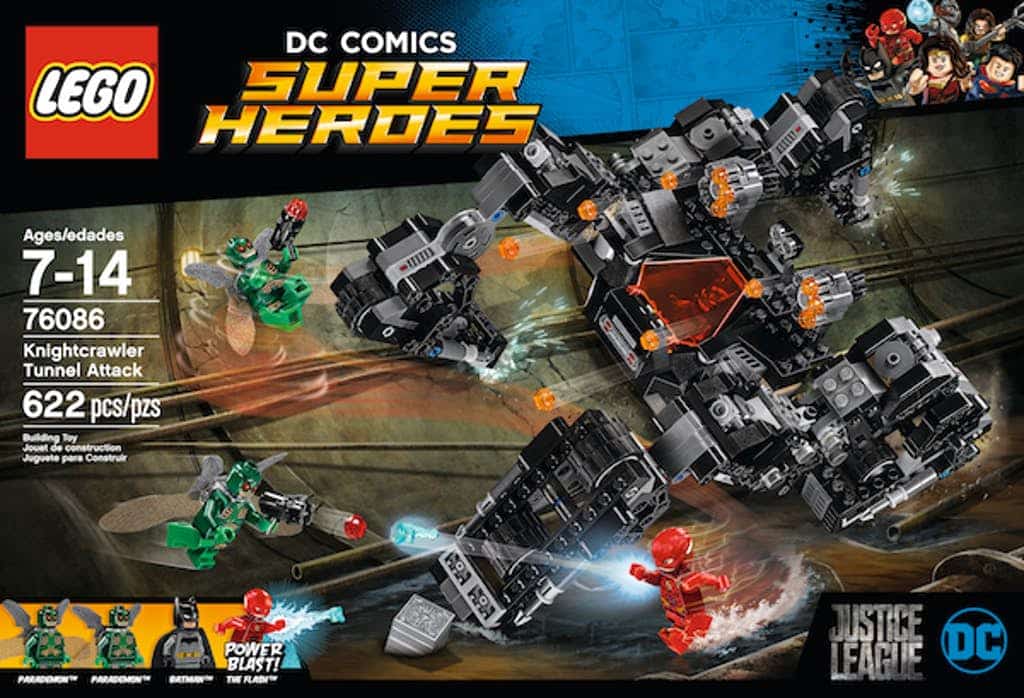 Next up, our mid-range offering sees Flash and Batman racing to take possession of another Mother Box before it too is claimed by a couple of Parademons. Again, this set is emphasizing the importance of the Apokaliptian devices in the overall movie plot. What’s of interest here is the depiction of Batman’s Knightcrawler transport.

It looks suspiciously pimped out to be a genuine version of the vehicle that will feature in the final movie, and given the liberties that Lego have taken with bat-vehicles in previous releases, we suspect it might not be a fully accurate representation. 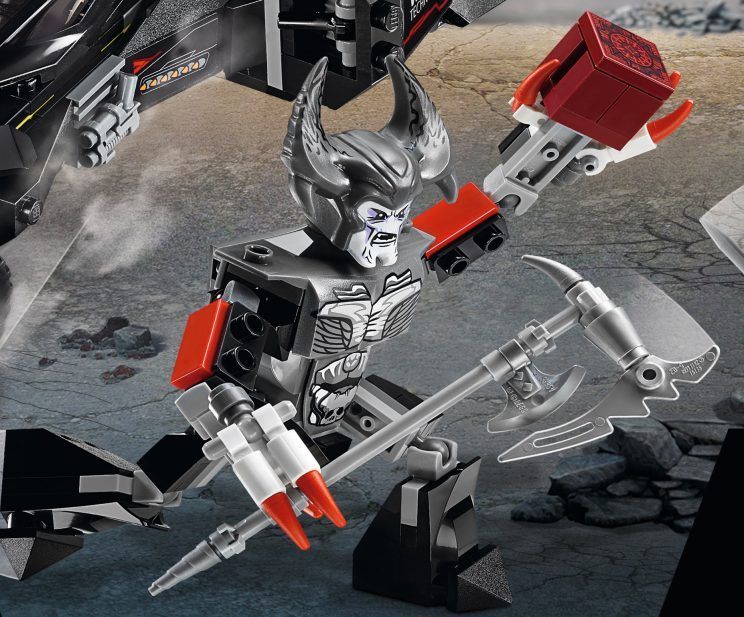 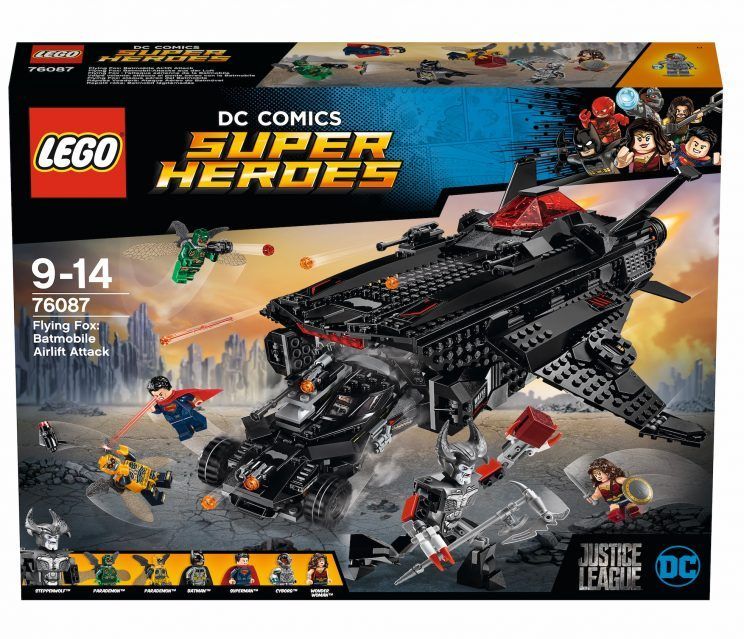 Finally, the big set sees the whole League facing off against Ciaran Hinds’s Steppenwolf, whilst the Batmobile is deposited in the background by a larger Batman carrier named the ‘Flying Fox’.

This is an intriguing look at the Steppenwolf character, who will be completely rendered in CGI for the movie. His mini-figure is substantially bigger than the rest, wielding a giant axe in clawed hands, with a leering and hideous face peeping out from a giant horned helmet.

Of course, we’ll still have to wait five long months before the degree of truth in these play sets is finally confirmed, but in the meantime we’ll have other toy sets being unveiled, as well as the customary tv spots. All of which we’ll bring to you in detail as they land online.