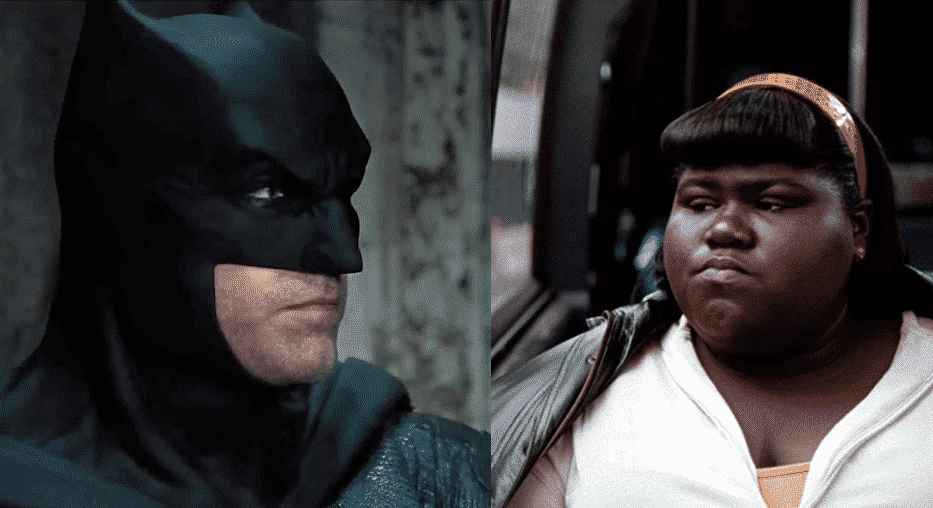 Oscar nominated actress Gabourey Sidibe was asked in a recent interview with Variety what superhero she’d most like to play, and after throwing out names like Superman and Amanda Waller, she eventually settled on one.

Batman. Because who wouldn’t want to be Batman, right?

Well, Sidibe had a few different reasons as to why she’d want to play the iconic DC character:

“Batman doesn’t have any superpowers. He’s not an alien, he’s a straight up human who happens to be rich. He’s like Super Privileged Man. He’s like White Privilege Man. But he’s got all these tools, and a super dark sense of being. He’s such a creep, and I feel I’m Batman because I’m a creep.”

The comment was said in a joking manner, but will still undoubtedly cause debate in an increasingly hostile political (and comic book) environment.

As far as Batman being an example of “white privilege”, we’ll let you do your own basic research on the character and decide for yourself.

The actress isn’t the first to say something along these lines.

Marvel’s Iron Fist had quite a bit of ‘controversy’ (what the hell doesn’t these days?) regarding Finn Jones’ casting as Danny Rand – even though Danny Rand is white in the comic books. It got so bad, the actor left Twitter for a period of time.

It prompted Jones to push some of the blame on President Donald Trump in an interview before the show premiered:

“I think the world has changed a lot since we were filming that television show. I’m playing a white American billionaire superhero, at a time when the white American billionaire archetype is public enemy number one, especially in the US. We filmed the show way before Trump’s election, and I think it’s very interesting to see how that perception, now that Trump’s in power, how it makes it very difficult to root for someone coming from white privilege, when that archetype is public enemy number one.”

Political affiliations and views aside, I think we can all agree on one thing.

Deep down, we all want to be Batman. Or Bat-Woman. Or whatever superhero you want to be. For whatever reason…

You can see Gabourey Sidibe on Fox’s Empire and we’ll see Batman next when Justice League hits theaters November 17th, 2017.