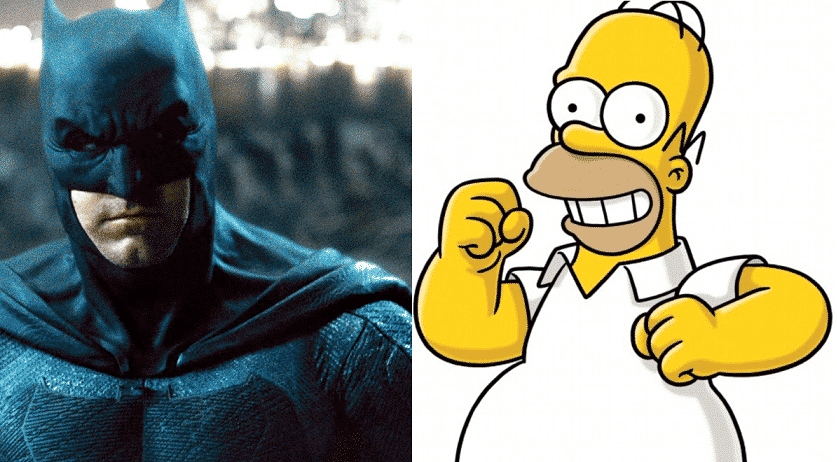 Nostradamus, George Orwell…..The Simpsons. These are seemingly the greatest seers of the future known to man.

Much like the classic sitcoms prediction of a Trump Presidency, it now looks as though as they predicted the news that Joss Whedon was taking the reins of Justice League. Are the writers of the show actually soothsayers? Of course they’re fucking not, but seeing as you already clicked the link, let’s Bait that muthafuckin’ click!

The prediction occurred in the episode ‘Married to the Blob’, which aired back in January 2014, over three years before the announcement was actually made. The episode saw the not-so-lovable loser, Comic Book Guy marry Japanese Manga Artist Kumiko.

As with any episode featuring CBG (That’s what is in The Simpson community call Comic Book Guy) it features plenty of little in-jokes and references to Comic Book properties. It was in one of these scenes that the supposed foreshadowing appeared. The reference came on a flier for a group known as the ‘Just Us League’ which was set to feature an appearance from Joss Whedon.

You can check out the flyer below: And that’s it ladies and gentleman! The prediction begins and ends in that single frame of animation. Hey! I didn’t say it wasn’t a stretch, but who knows maybe the writers do have a time machine or something. Anyway, I can’t wait to see what those writers can predict next, maybe the news that Mike Myers is set to become the Prime Minister of Canada or something.

What do you think? Do you think this is a stretch? Are the writers from the future? Let us know below!