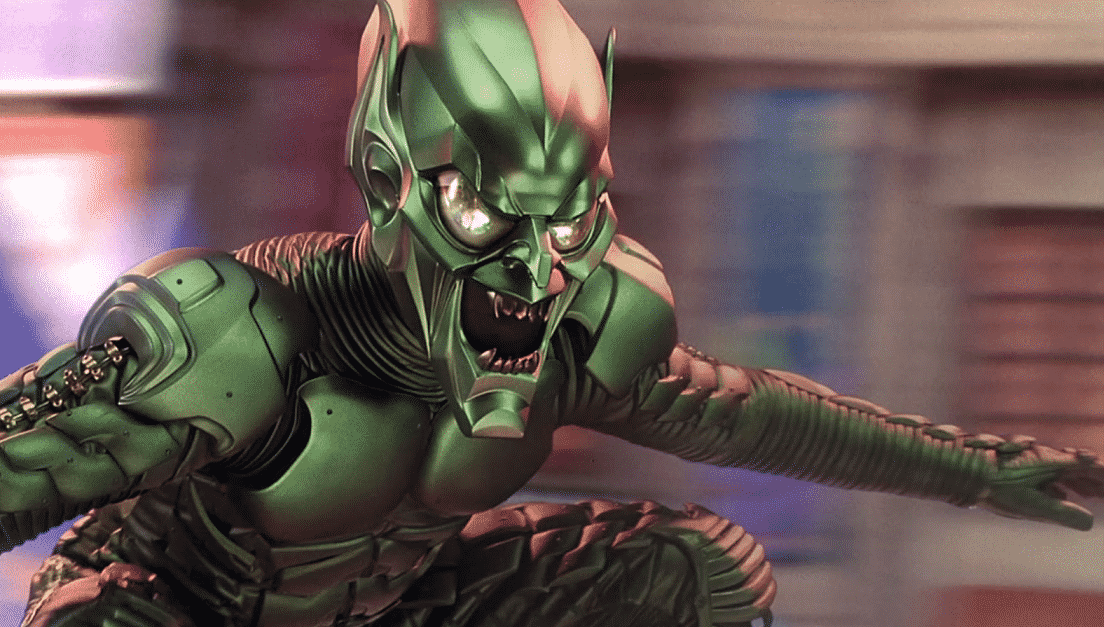 Spider-Man: Homecoming hit theaters this past weekend, and it’s safe to say that the film is a success both commercially and critically.

The film’s buzz has brought back memories of 2002’s Spider-Man which starred Tobey Maguire as the title character, and Willem Dafoe as the Green Goblin. Personally, I don’t really think the film has aged all that well, and I never really liked The Green Goblin’s costume for the film.

Well, some behind-the-scenes video has re-surfaced, showing that we could have had a much different look for the character, a look more in line with the comics.

As you can tell, the look was quite different. I think it would have been a much better design, but Sam Raimi ultimately thought the one we got was a better route.

Though I said that the film hasn’t aged very well, I don’t dislike the film (quite possibly for nostalgic reasons). It’s much better than either of the Andrew Garfield Spider-Man films, in my opinion.

Spider-Man 3, though, is a different story. While I think they got the overall look of Venom right, they didn’t get the character right. Hopefully, Sony can rectify that mistake when their solo Venom film hits theaters next year. Sadly, however, it won’t exist in the Marvel Cinematic Universe – according to Kevin Feige:

There’s no word when Green Goblin will return in the Marvel Cinematic Universe’s version of Spider-Man with Tom Holland, but you can currently see the web-slinger in theaters now in Spider-Man: Homecoming.