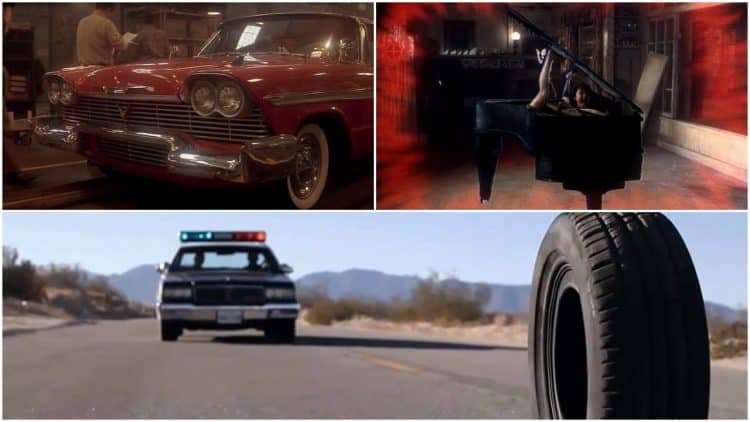 In accordance to the release of teen scream Wish Upon, we here at ScreenGeek got our noodles cooking to come up with this list: top five evil inanimate objects. While we won’t be including Wish Upon’s nasty box of horrors, we do have five other non-critters to give you the shivers. They might not have hearts, but they would love to see your’s ripped out of your chest.

(Side note: we did not include the Mirror from Oculus, despite its obvious malice and badness,  as it made an appearance pretty recently in our Top Six Modern Monsters list. Be sure to give that one a read, too!) 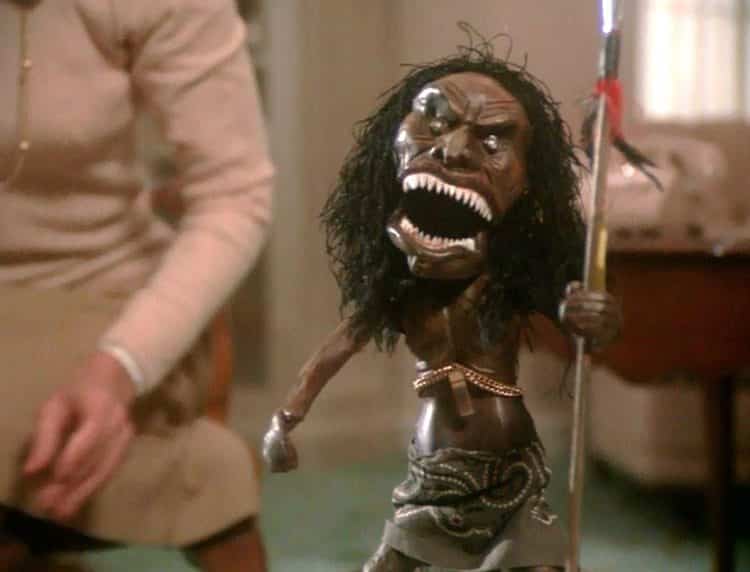 Trilogy of Terror has one of first and most vicious examples of a killer doll come to life. The Zuni fetish doll, otherwise known as He Who Kills, is introduced in the third segment.

The doll is a monstrous recreation of a Zuni warrior and includes a scroll explaining the gold chain around its neck. According to the scroll, the chain keeps the spirit of the doll trapped inside. Unfortunately for Amelia, Karen Black’s character who purchases the doll, the chain comes off – and thus begins its nightmarish attack.

The segment was so popular with audiences that a sequel segment featuring He Who Kills was released in Trilogy of Terror 2, twenty years later. – Jacob Ray 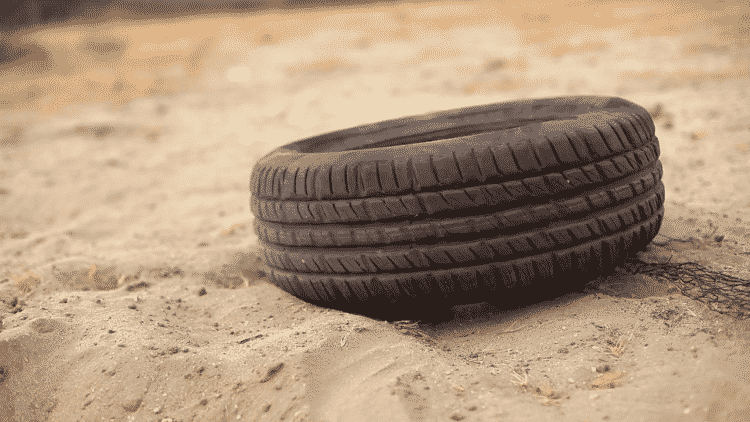 It’s hard to write a list about evil inanimate objects without including this truly weird entry from the French: an evil tire named Robert, the star of Rubber. Less a movie about anything, and more a movie about the absurdity of film itself, Rubber nonetheless does feature a rather striking inanimate object. It can run over stuff, it can go fast, and it can explode your head. Very scary stuff.

You either love or hate this film, but you cannot deny it has a memorable antagonist and sticks to your brain. Why is Robert so intent on murdering all the things? No one has any idea, and frankly, it doesn’t matter. That’s the point. – Sylvia Maixner

Pretty Much Everything in Hausu 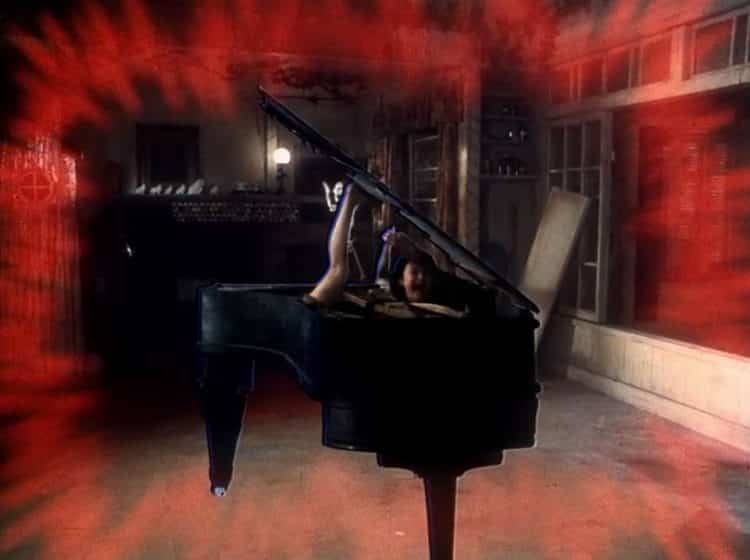 The Japanese have a real knack for turning a simple concept on its head and releasing the full force of their weirdness. Enter the comedy horror film known as Hausu. The premise of the story takes the typical plot of a bunch of innocent girls trying to survive the night in a haunted house.

Cleverness is set within the young ladies names as each one is called by their traits: Gorgeous, Kung Fu, Prof, Fantasy, Melody, Sweet, and Mac—I can’t figure why Mac is Mac. What you see happen to these girls will draw a series of “holy shit” and “what the fuck” from your mouth due to the sights you see.

This film is amazing and so creative when it comes to the monsters that lay hidden within the inanimate objects of the haunted house. Since the film was made near the tail end of the 70s, practical effects are pushed to the limits and many of the deaths come off as shocking, but still funny. It’s almost like the director decided to take a hit of acid when it came to the design and feel of the story. 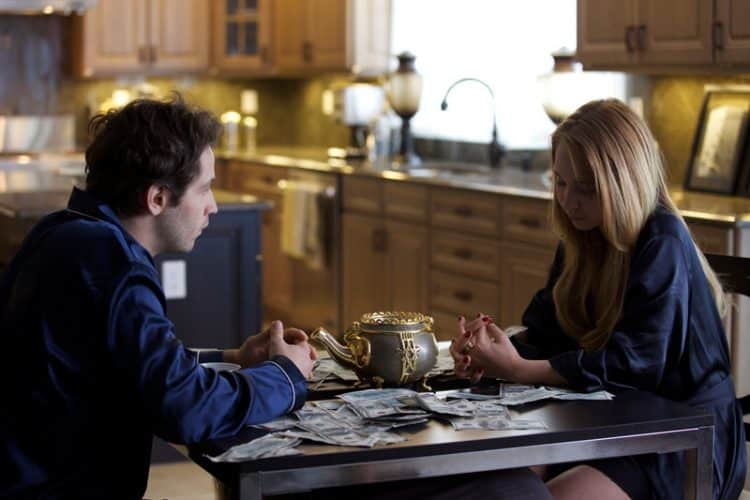 John and Alice are a devoted couple down on their luck; they have dead-end jobs, a crappy car, and a serious lack of cash. That is, until, they find the teapot. A nondescript household object, it seems, until it starts spurting out buckets and bucket of money. The catch? It only gives out money in exchange for pain.

The teapot is a subtle type of evil. It doesn’t force Alice or John’s hands, but the very nature of its being is to push its owners to deeper and more lasting forms of pain. What starts off as a silly comedy smacks straight into some dark territory, and it’s a devastating ride. The teapot doesn’t care about anyone; it just wants to see how much you can hurt. – Sylvia Maixner 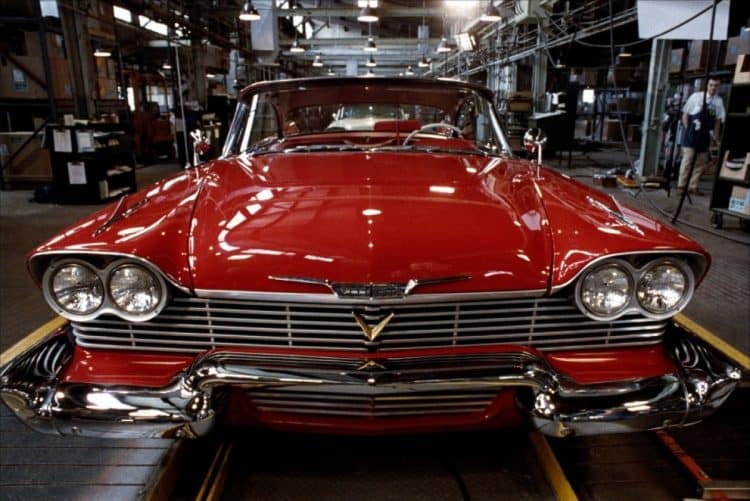 Christine has become something of a legend for killer car movies. The classic look of the ’58 Red and White Plymouth Fury became instantly iconic when John Carpenter adapted Stephen King’s manuscript for the big screen.

The car in the film is inherently evil straight off the production line, while in King’s book it’s possessed by its first owner. Either way, Christine is a killer car to remember, having the ability to rebuild itself no matter the damage.

Both the film and King’s novel end with the car repairing itself, hinting that Christine wasn’t properly destroyed and would return once again to kill those she considered deserving of such fate.- Jacob Ray

What did you think of the list? Did we miss something? Let us know in the comments!