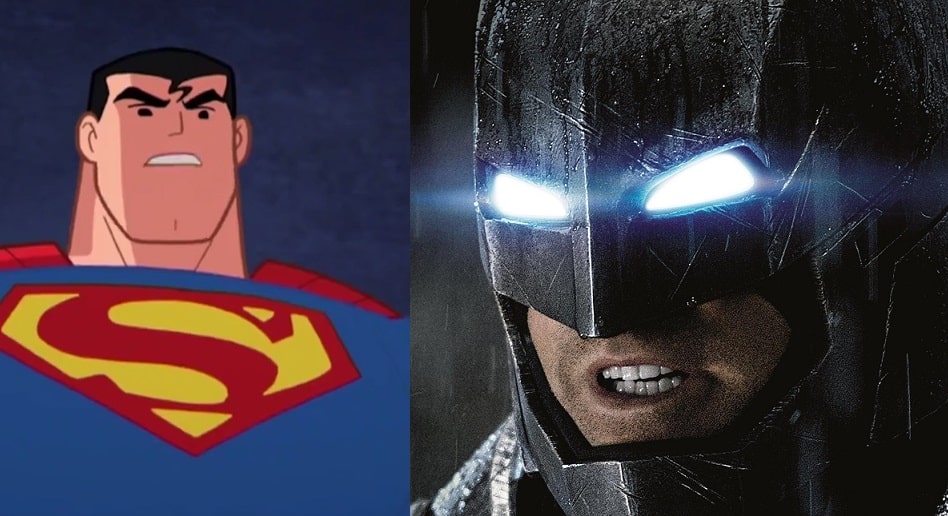 First it was the critical response that poked fun at Batman v Superman. Then a number of Deadpool and Marvel comics. Now, the animated Justice League Action Series has put in their shots.

This isn’t your usual ‘Martha’ jab as most seem to attack, but more of a critique of the holes in Batman’s plan. Where everyone was focussed on the muddled ideologies of the two superheroes or that infamous Martha scene, Justice League Action have highlighted something that many have overlooked.

The scene in question comes from the fifth episode of the JLA web series called “It’s a Trap!” airing on July 13th 2017. It came to light via Reddit and shows a familiar scene play out between the Man of Steel and Lex Luthor.

As you can see it clearly references the extremely lucky set of events that allow Superman to be trapped.

As Ben Affleck’s Batman chose his position carefully, going so far as to count his steps and stab the spear into the cement. Lex Luthor’s plan is for Superman to smash Luthor from one building into another.

This building holds a dummy filled with gaseous Kryptonite and a Kryptonite encrusted baseball Bat… Man that’s a plan!

Even Superman notes that Luthor has just stuck Kryptonite onto a bat, after the meticulous planning Luthor’s gone to to get Superman into that building.

However, in this version Superman has a little bit more character and uses his intellect to get the better of his arch-nemesis as opposed to what we saw in BvS. Superman sent up a girder and timed it so that whilst Luthor is monologuing he is struck down allowing Supes to win the day.

It’s a nice little nod to the DCEU, and has brought to light something a little fresher than going over the well tread ‘Martha’ scene.

Now, while I’m on the subject, Martha. Was it good or bad?

Justice League arrives in November and hopefully the second trailer (minus Superman) will hit this weekend after San Diego Comic Con.